This video explains the handling of Schedules:

Schedules can be accessed from the Configuration->Inventory View in the relevant sub-folders. 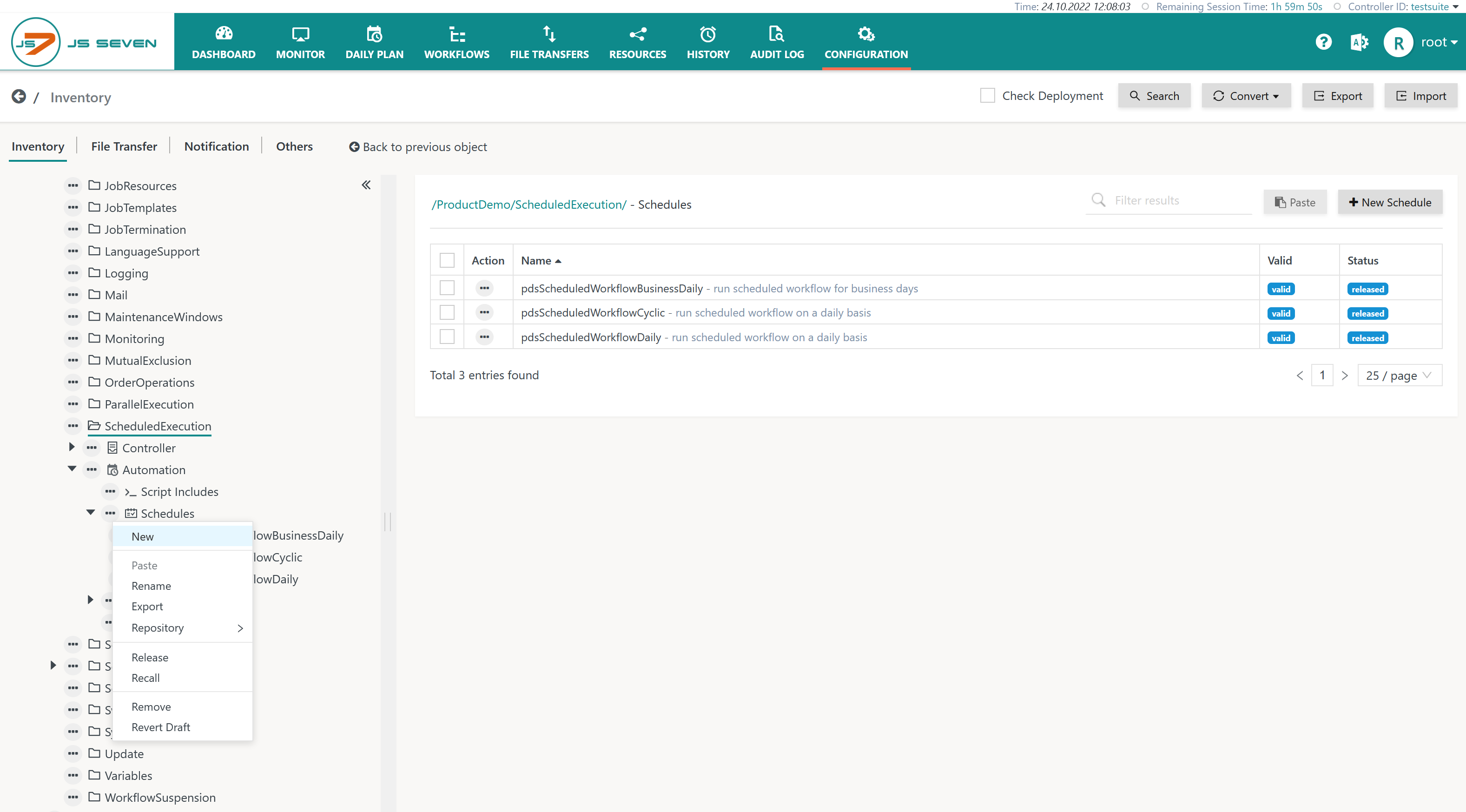 When adding a Schedule a popup window asks for the object name:

As a result an empty Schedule object becomes available: 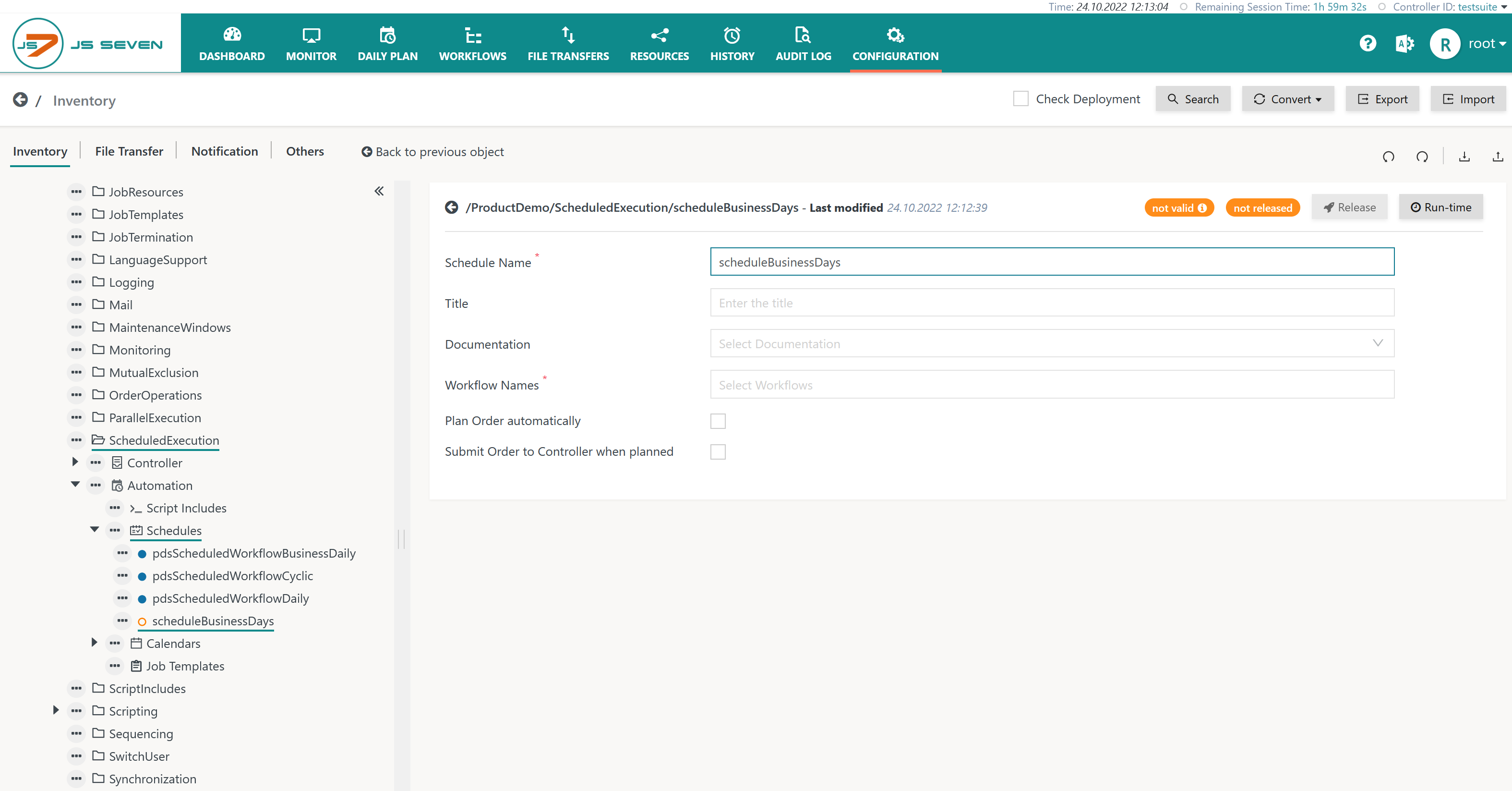 A Schedule is assigned one or more workflows which orders are created for: 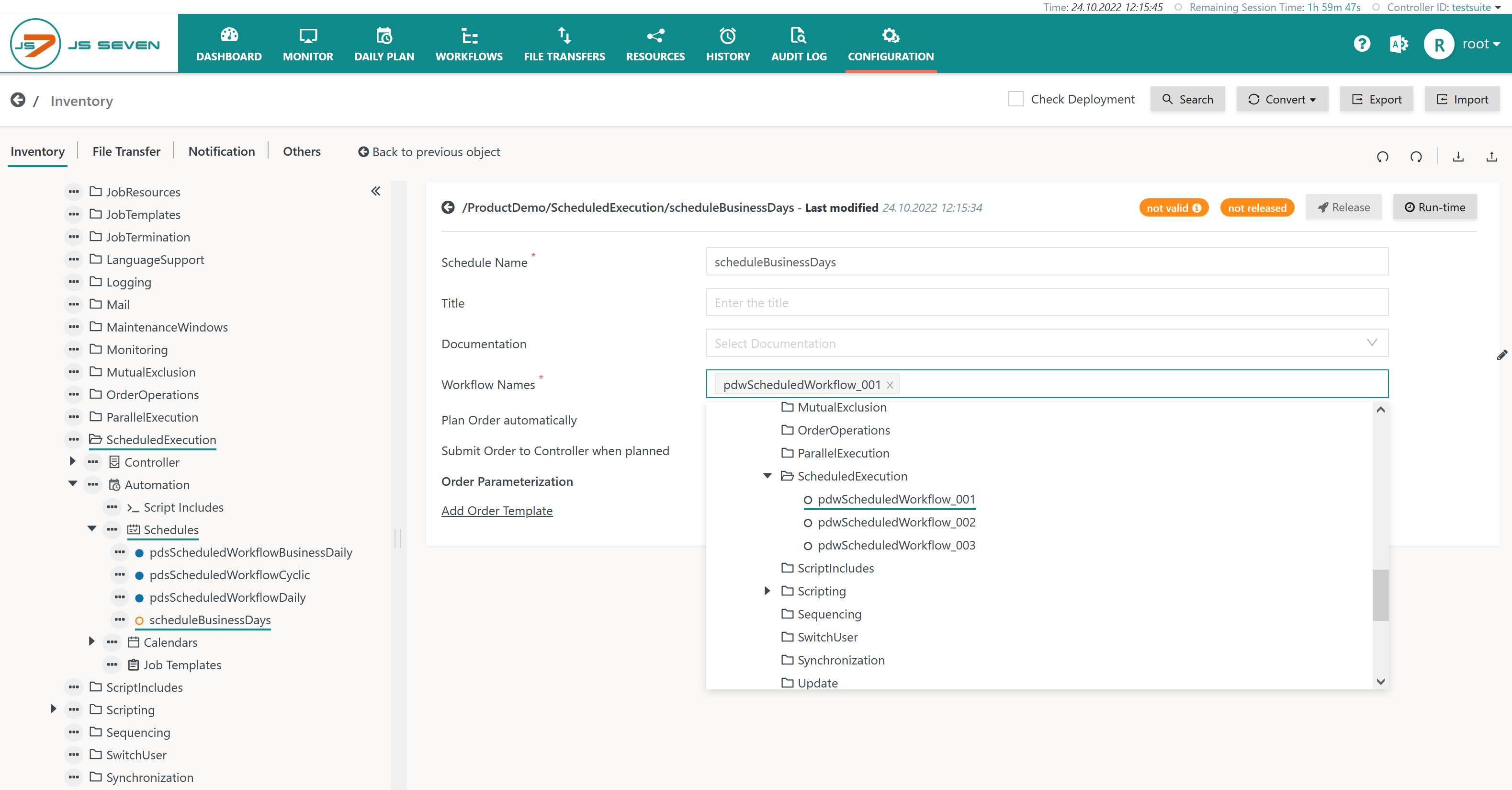 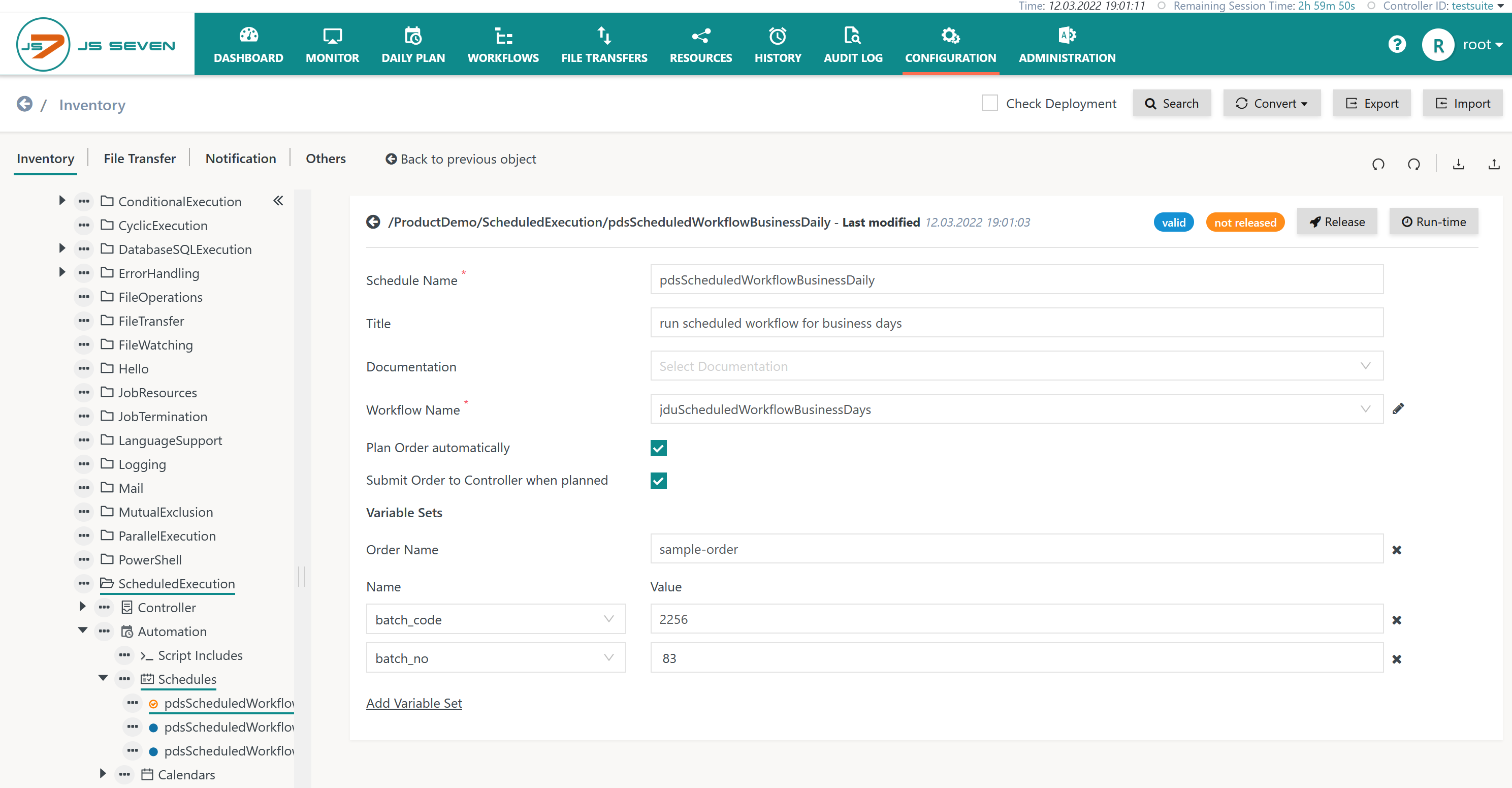 The Schedule object view provides the Add Run-Time button to specify the start time of orders created by the Schedule:

In a first step the Assign Working Day Calendar button is used to access and make an assignment from the list of available Calendars: 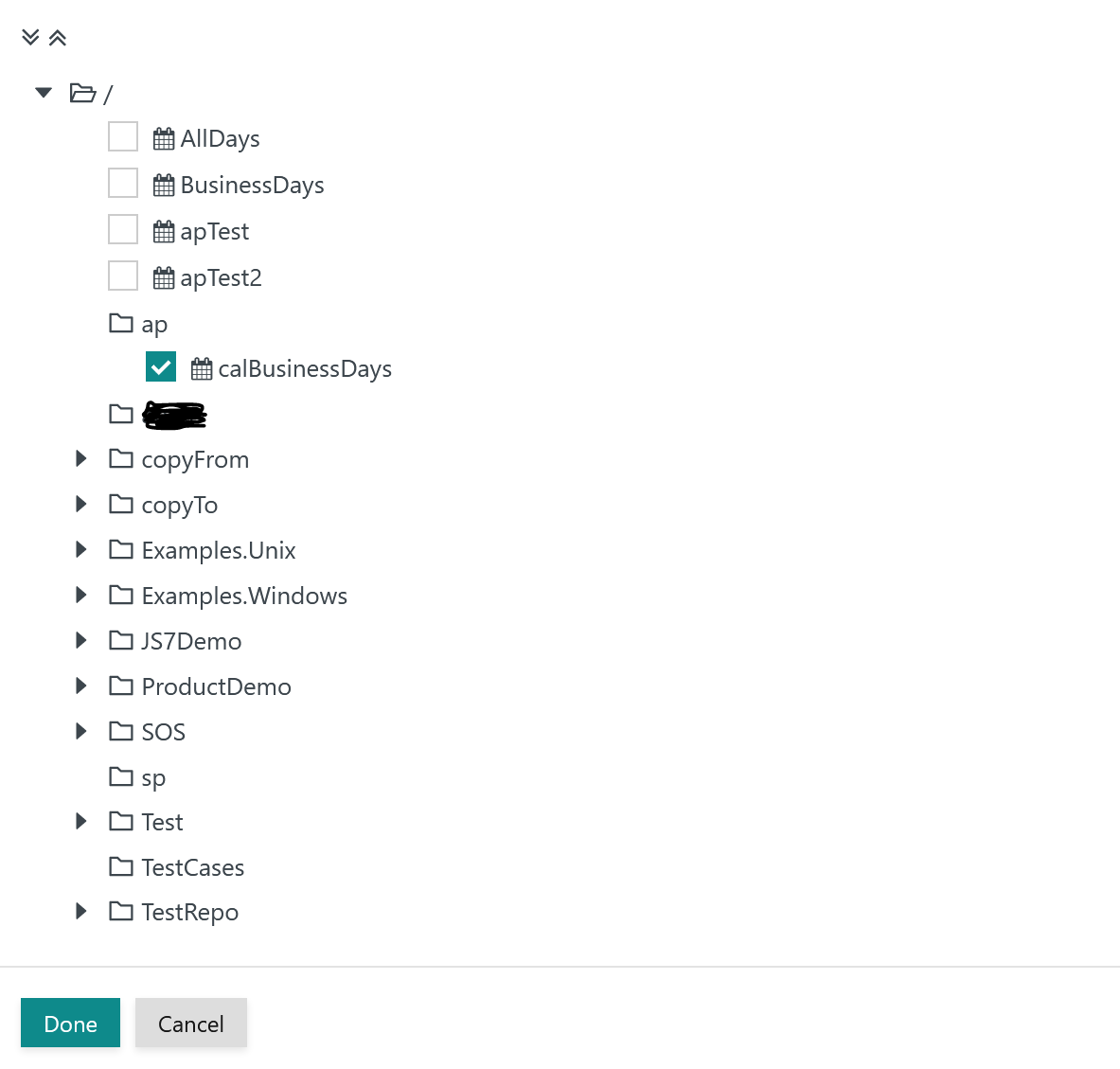 In the next step after a Calendar has been assigned, the

icon in the Period column is used to specify the start time.

A Repeat interval can be chosen as an alternative to the Single Start interval:

Schedules allow the addition of Restrictions that further limit the days for which orders are created: 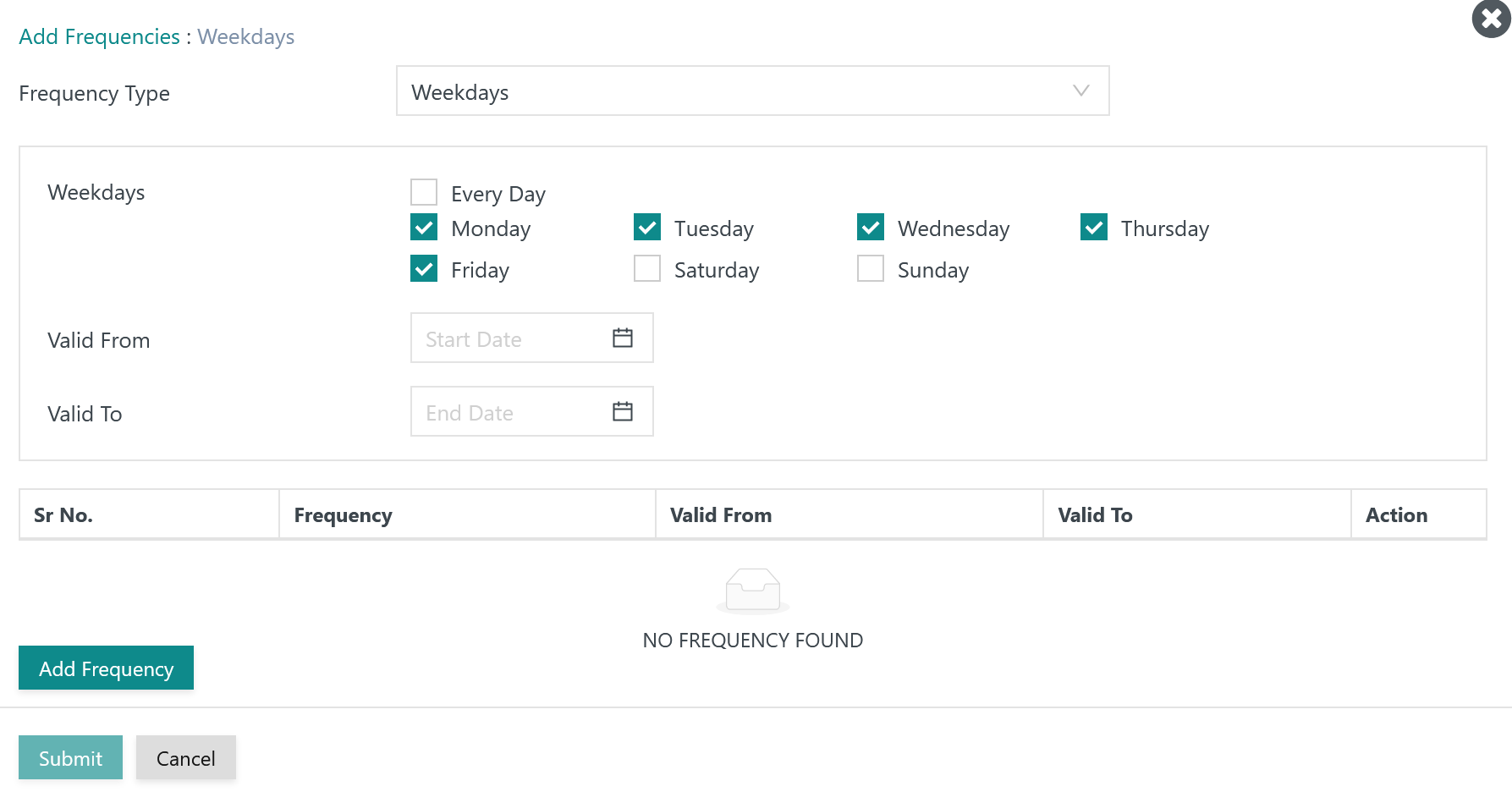 Schedules are not deployed to a Controller and Agent. Instead, they are used by the JS7 - Daily Plan Service to create orders for workflow execution the days specified.

Schedules know a draft status and a released status:

Use with the Daily Plan

A Schedule can apply the following settings to specify use with the Daily Plan:

Use with the Daily Plan View

Use with the Daily Plan Service

As an alternative to cyclic orders created by Schedules using repeat intervals, the JS7 - Cycle Instruction is available for cyclic workflows.