Jobs can be parameterized from the following sources:

Jobs are managed from the JOC Cockpit Configuration->Inventory View.

The tree panel offers the Workflows category to select and display a workflow with the JS7 - Workflow Editor. 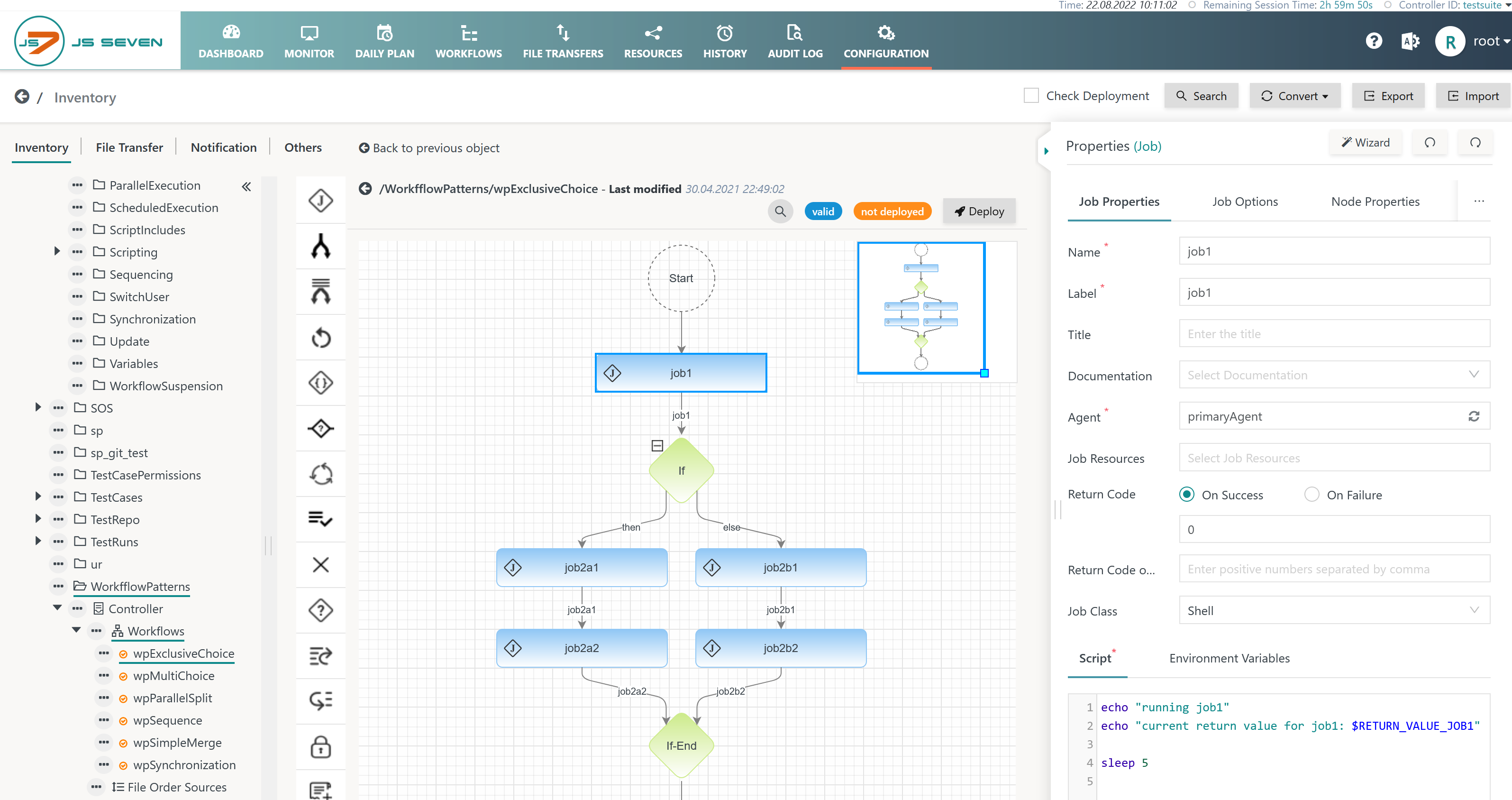 The required job properties are available with the Job Properties tab of the Workflow Editor.

Notifications can be sent in the event of job errors, warnings and success.

Error handling for jobs is performed by workflow instructions:

Find details from the JS7 - How To - Error Handling section.

How to create references to the same job in a workflow

For example, a workflow contains 1 job named job1. Then use the name of the job as job1 only and assign different labels to different nodes. As in the example, the names of the node used are job1 and job1-copy. Now any changes applied to job job1 will be applied to both the nodes in the workflow as both the labels point to the same job name.