This video explains how to create parallel jobs in a workflow that can be nested and joined. 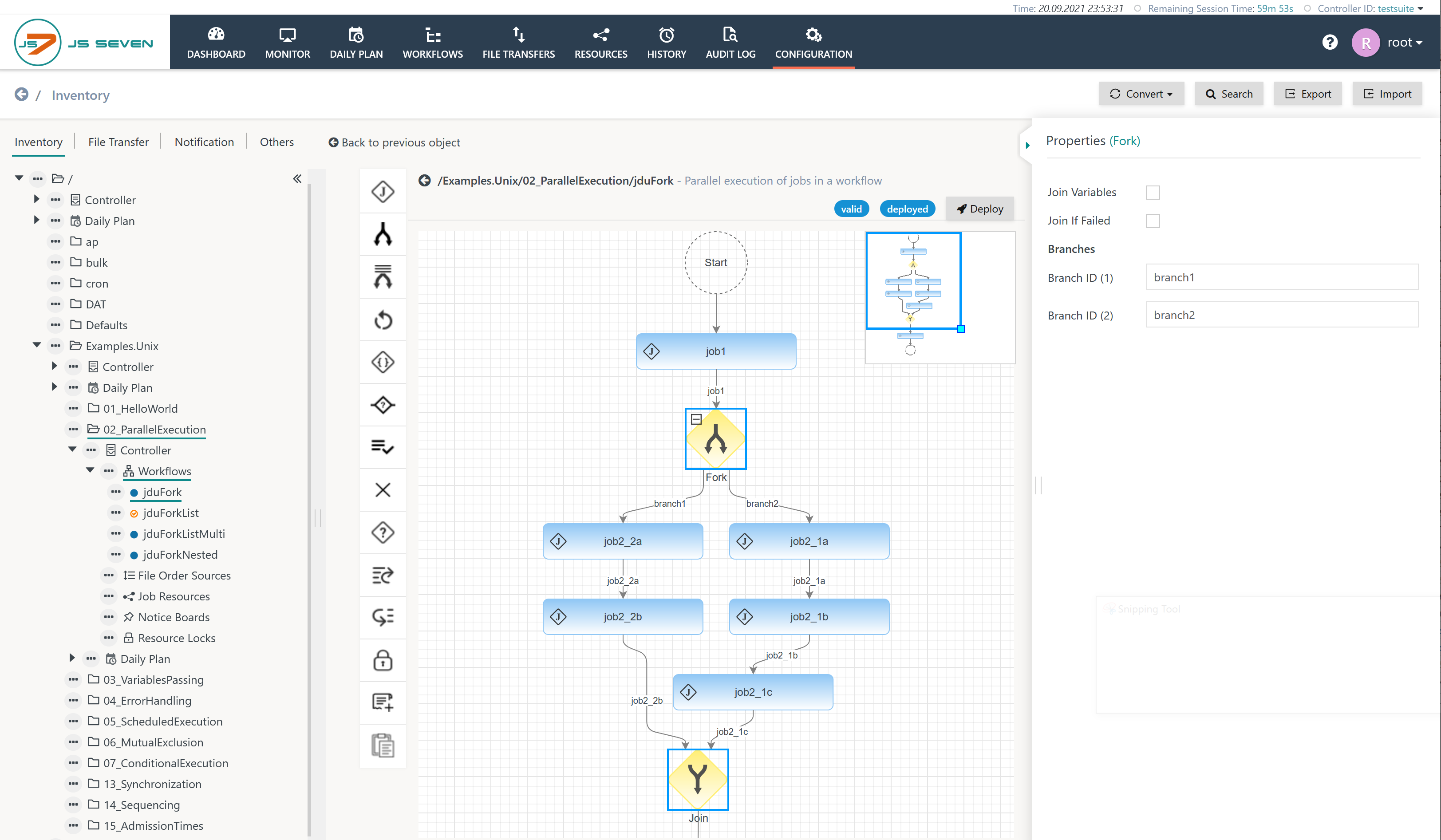 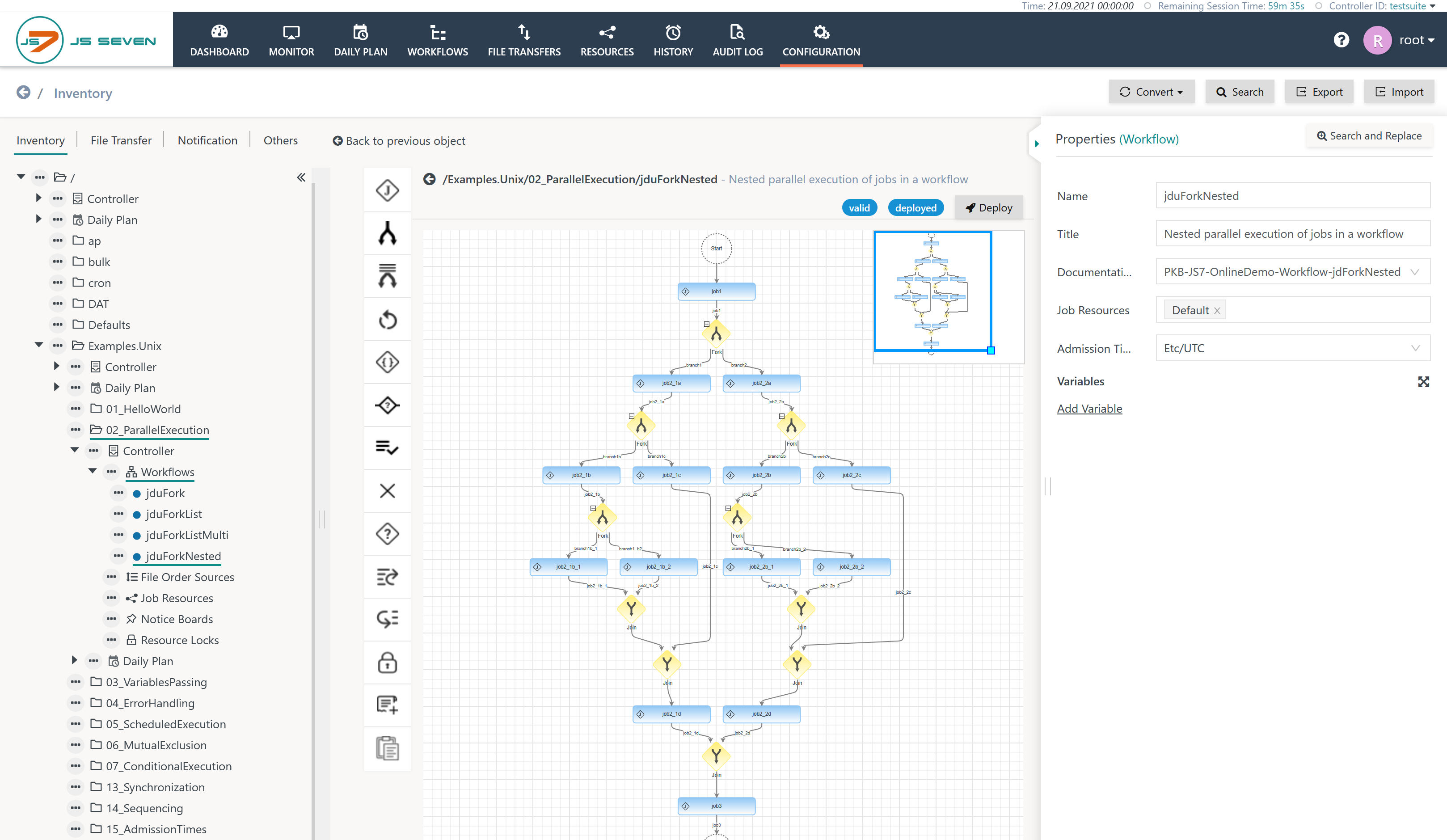 The Workflows view for the above workflow will display parallel child orders like this: 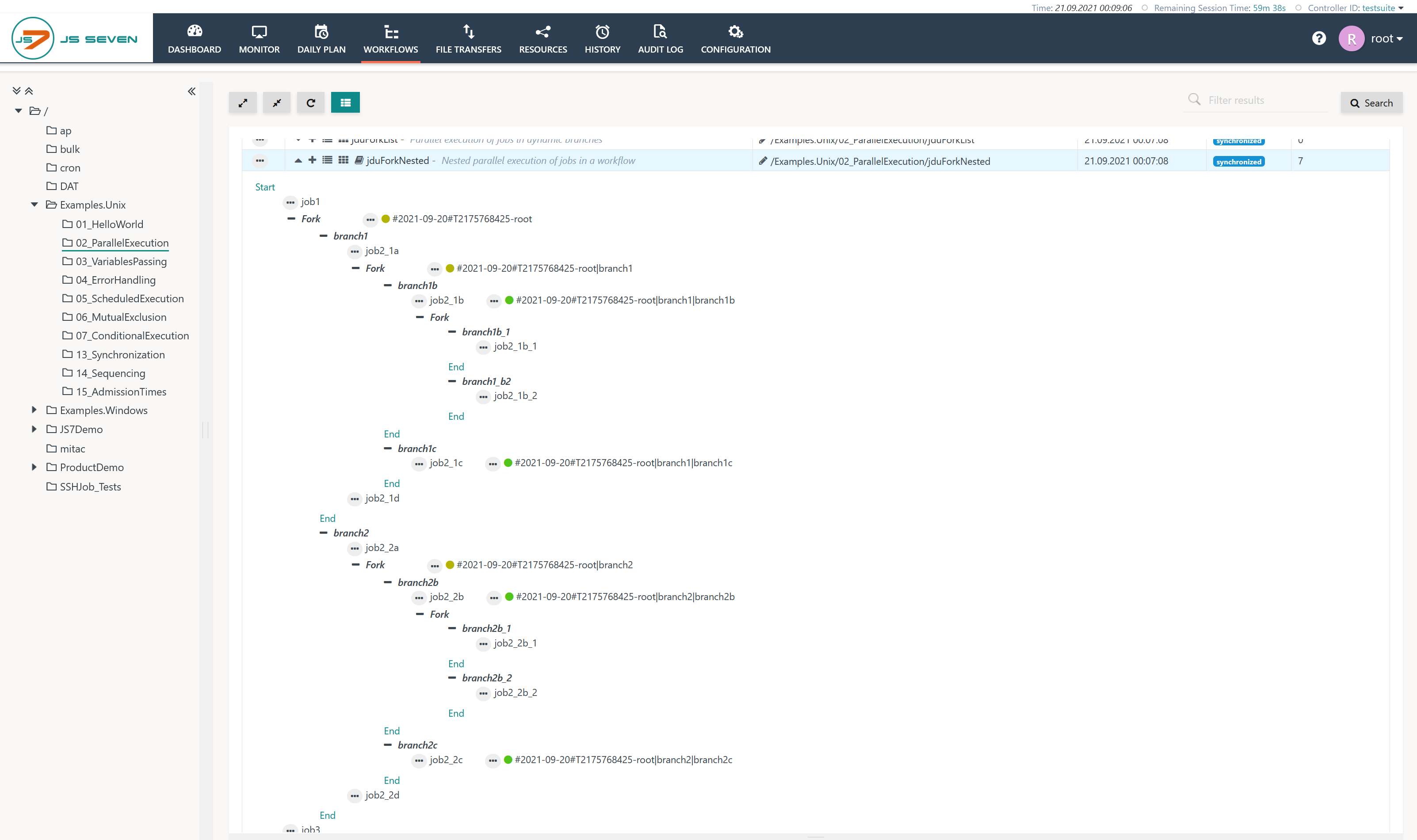 Jobs in branches of a Fork Instruction can pass results to the parent order by use of variables, see JS7 - Order Variables:

By default such variables are available to subsequent nodes in the same branch only as they are confined to child order scope.

In addition, the Fork Instruction allows the specification of the child order variables which are to be passed to the parent order. 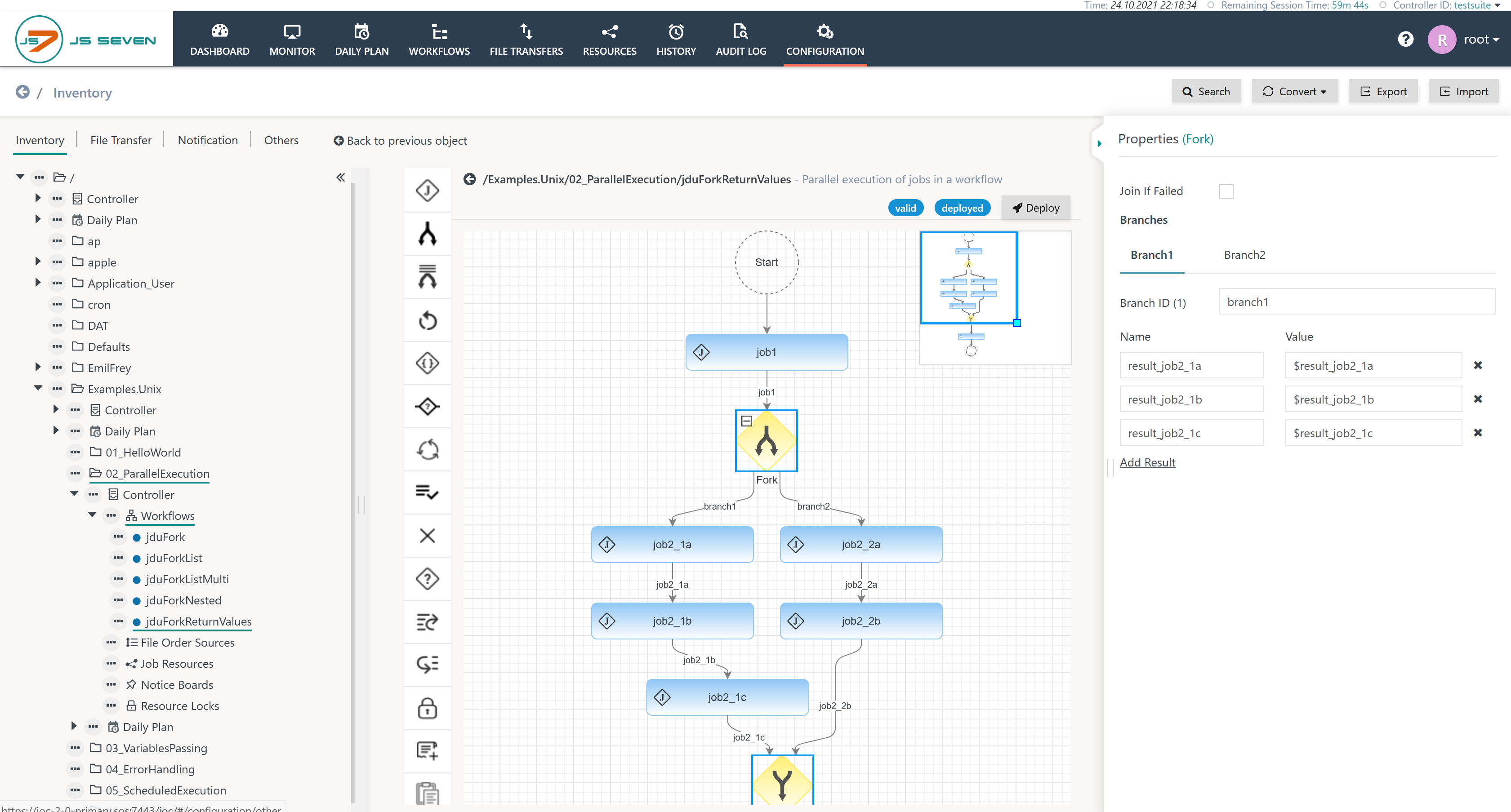 Parent orders are not exposed to job errors as any instructions and jobs within the Fork Instruction are executed by child orders. Instead a parent order adopts the final state of its child orders.

The following options apply to error handling with child orders:

Child orders can be suspended or cancelled individually and from bulk operations:

Child orders can be resumed if they are in a SUSPENDED or FAILED state. 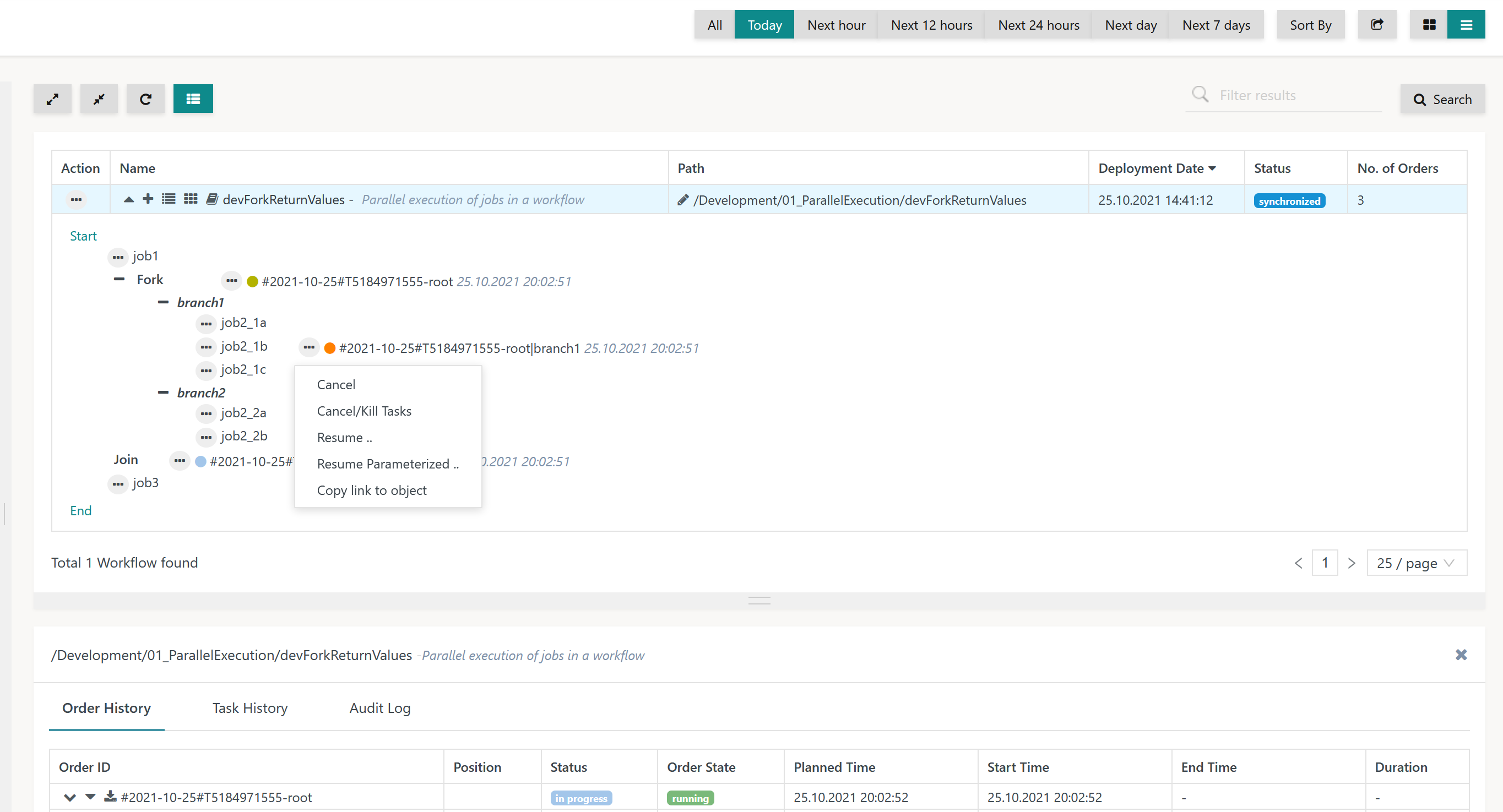