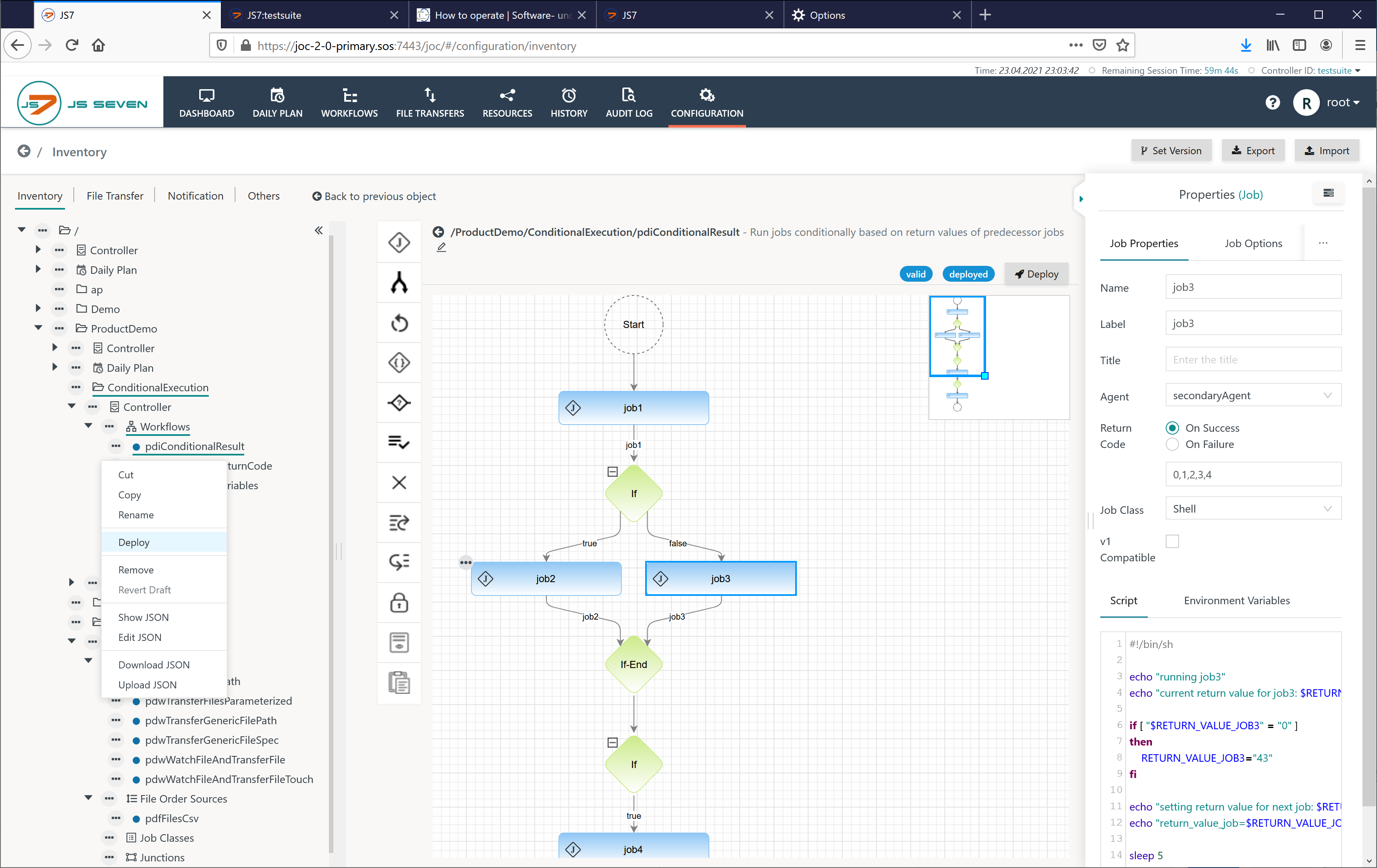 The JS7 - History view provides the Deployment sub-tab for the verification of past deployments: 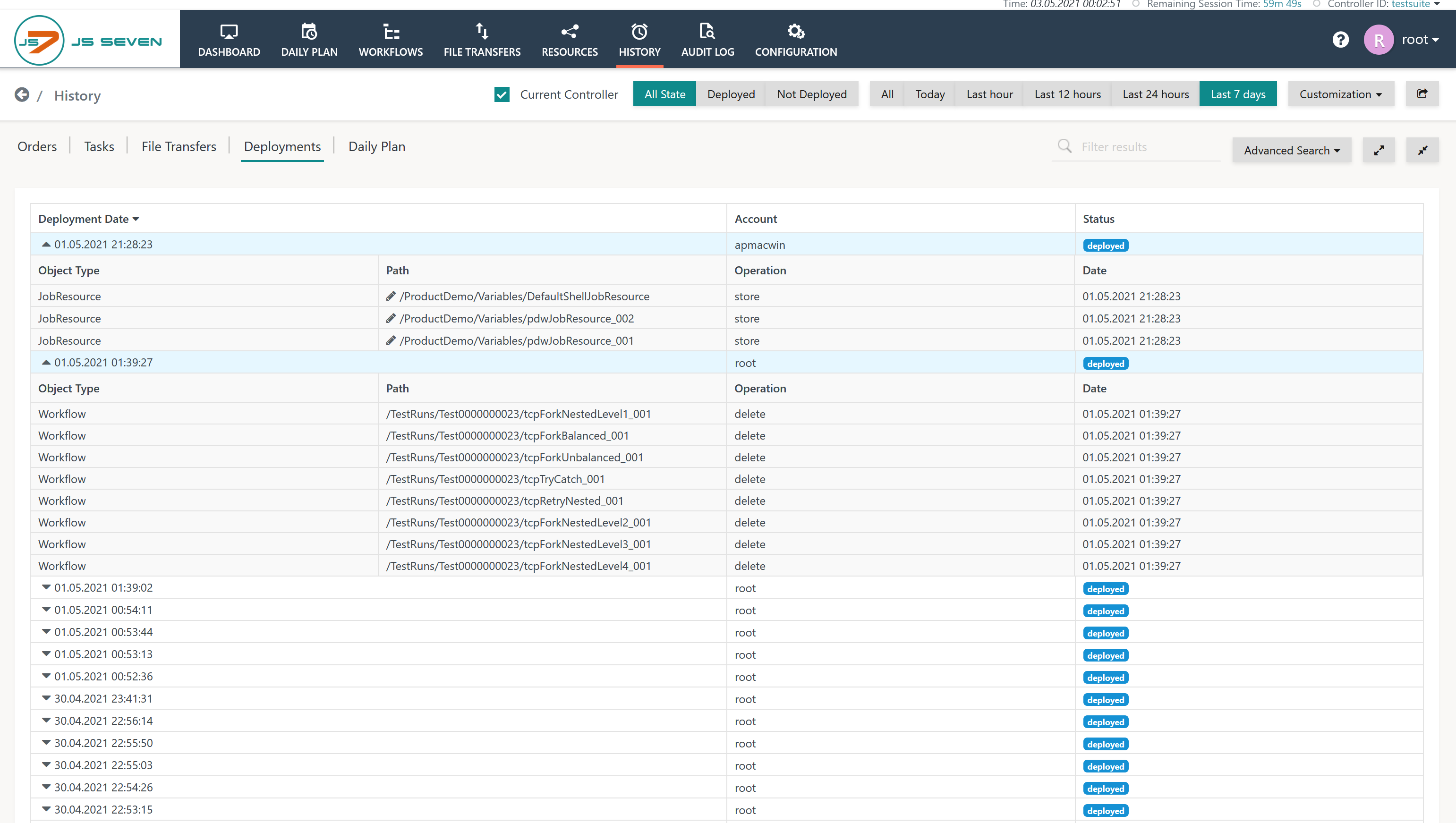 Depending on the JOC Cockpit security level in use, the signing process includes the following steps:

The following deployable objects are not versioned:

Versioning means that after deployment of a new version of an object, the previous version will remain in place as long as any orders are assigned the object. Practically speaking: a newly deployed workflow does not become effective for orders that have already been submitted for a previous version of the workflow.

For non-versioned objects deployment boils down to the fact that: