The Deployment History is available from the Deployment sub-view of the JS7 - History view. The view displays objects that have been deployed to connected Controllers and Agents.

The view shows deployments, i.e. the point in time when one or more objects have been deployed to one or more Controllers. 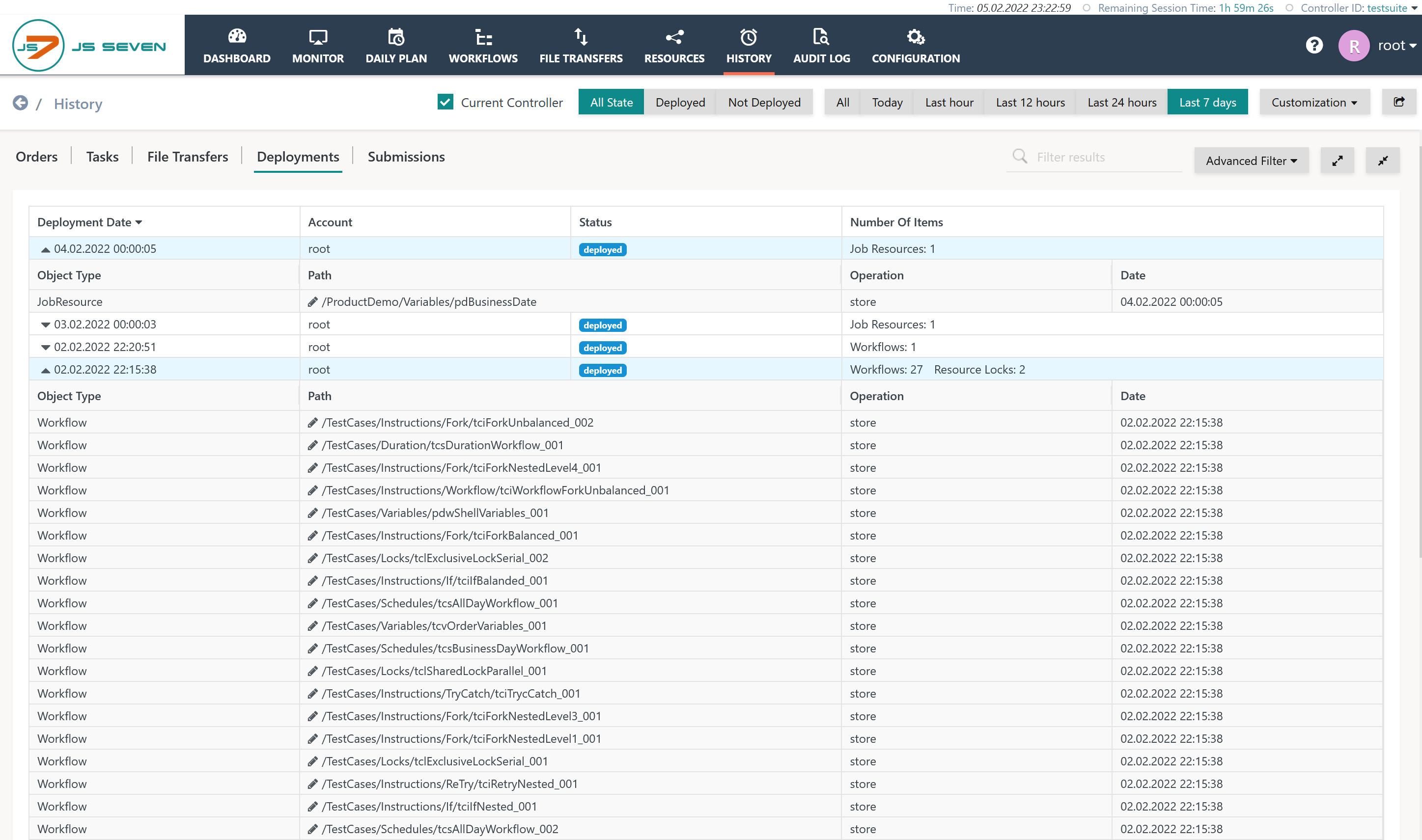 Users can combine status filter buttons such as Not Deployed with a date range button to identify failed deployments: 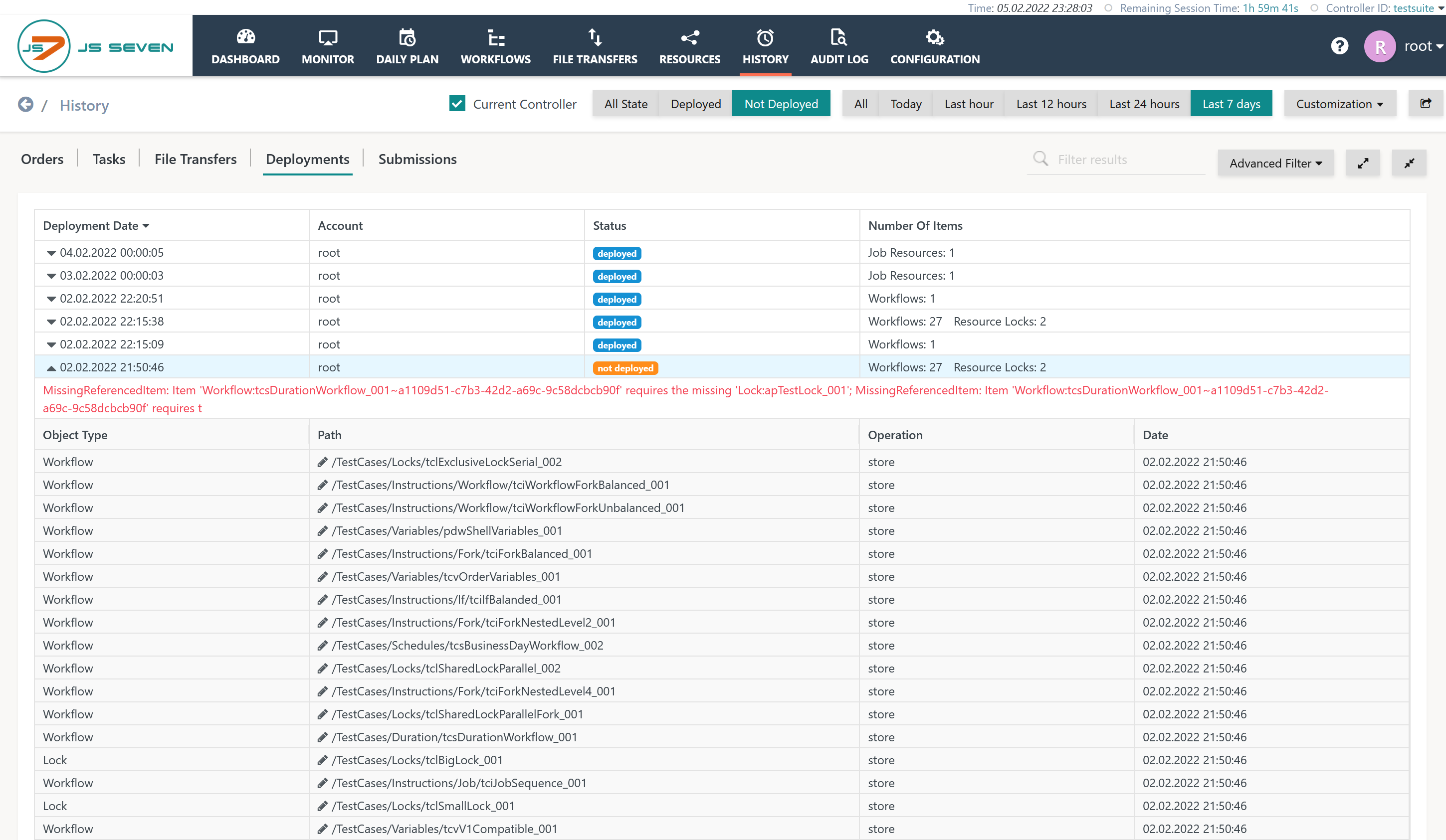 The Advanced Filter allows searching for deployments in the past as shown in the following screenshot: 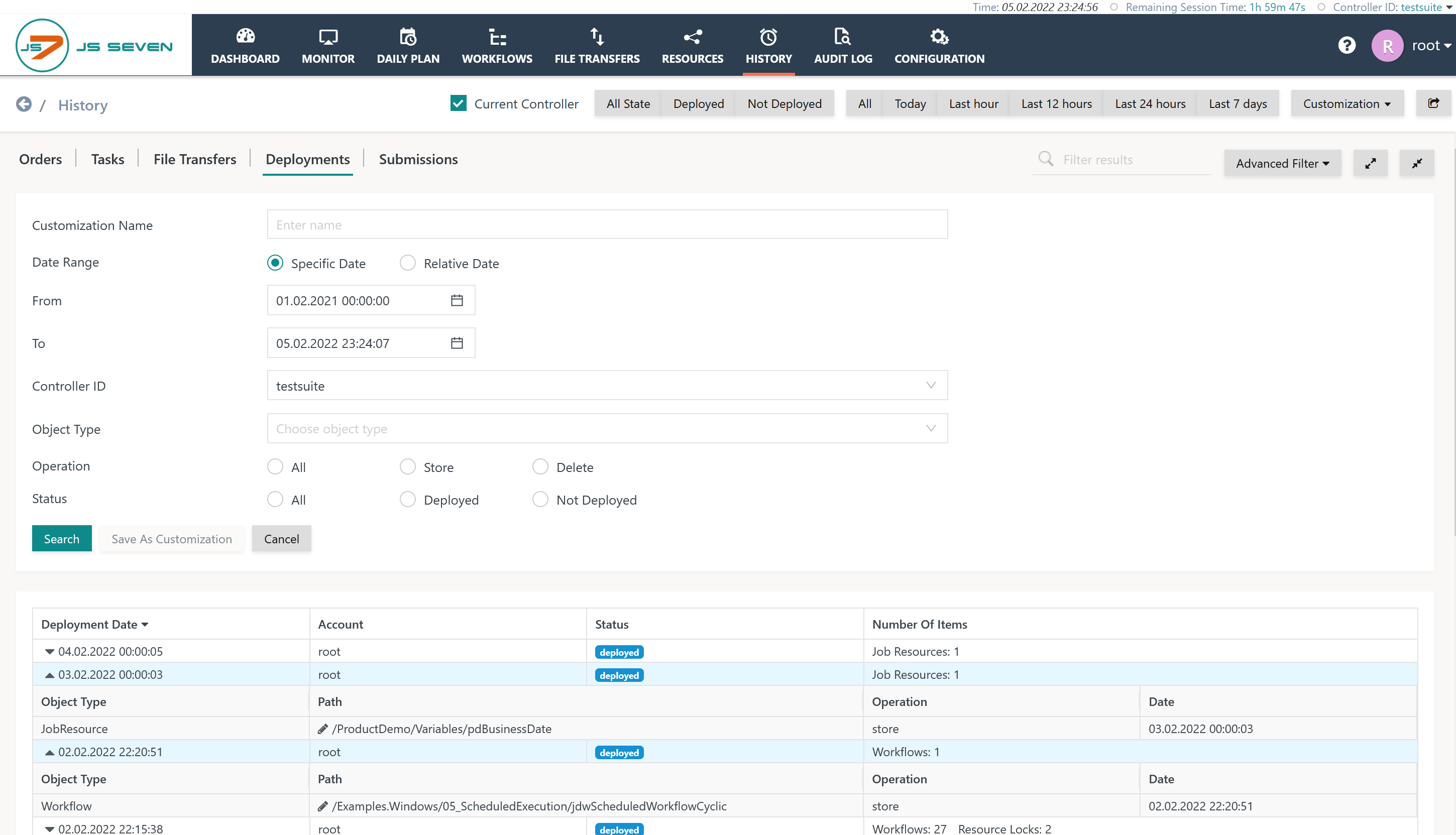