The export operation is available from the Export button in the Configuration->Inventory view as shown below:

In addition, the export function is available from a folder's action menu as shown here:

The Export button is used to select scheduling objects starting from the top-level folder.

The Export action menu is used to export objects starting from the given folder.

After choosing the export action the following window offers to select objects: 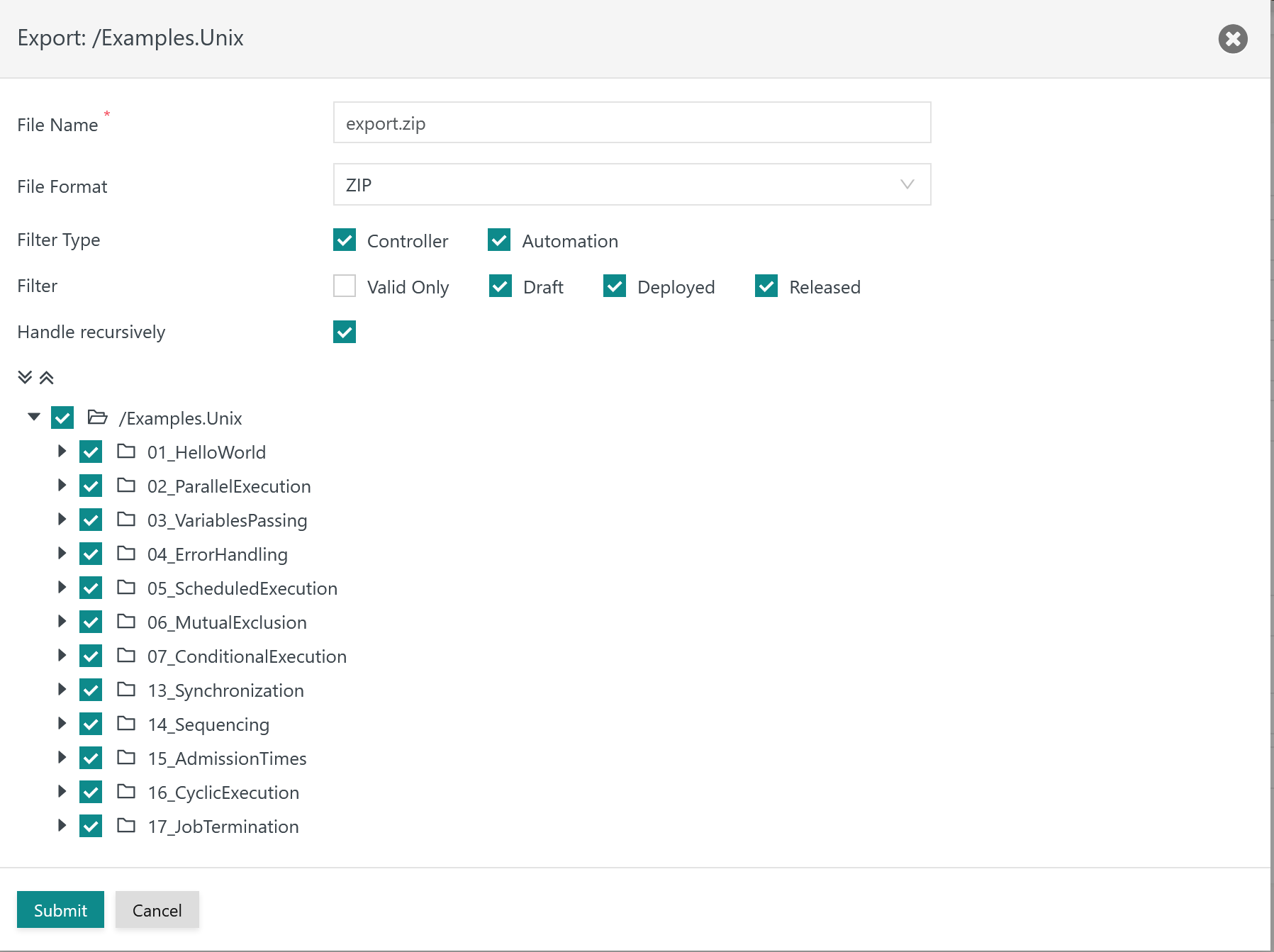 When hitting the Submit button the export file is created and is available for download.

The export file is an archive in .zip or .tar.gz format. Starting from the example above, in which the Examples.Unix folder was exported, the root of the export file will look like:

The contents of the Examples.Unix folder is the list of included sub-folders as shown here: 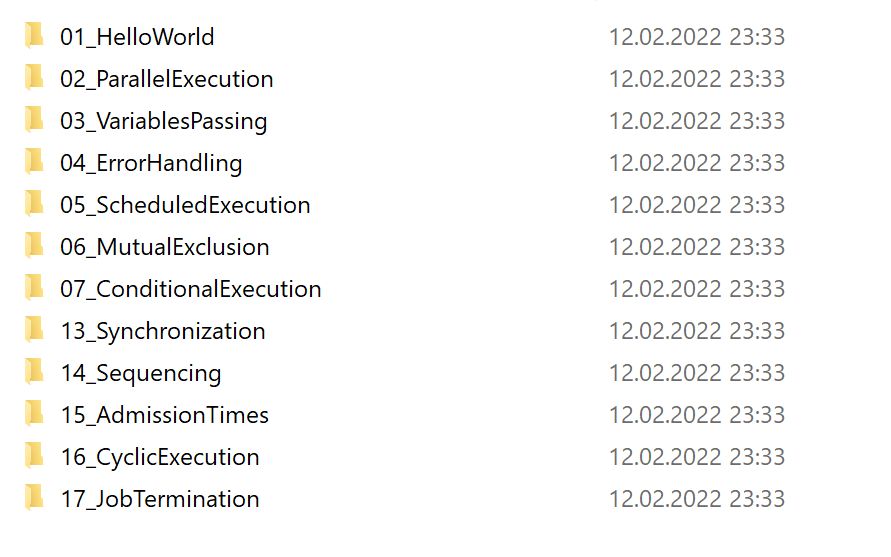 The contents of the 05_ScheduledExecution folder is a list of objects in JSON format.

The object type is indicated by the respective extension such as .calendar.json, .workflow.json etc.

The import operation is available from the Import button in the Configuration->Inventory view like this: 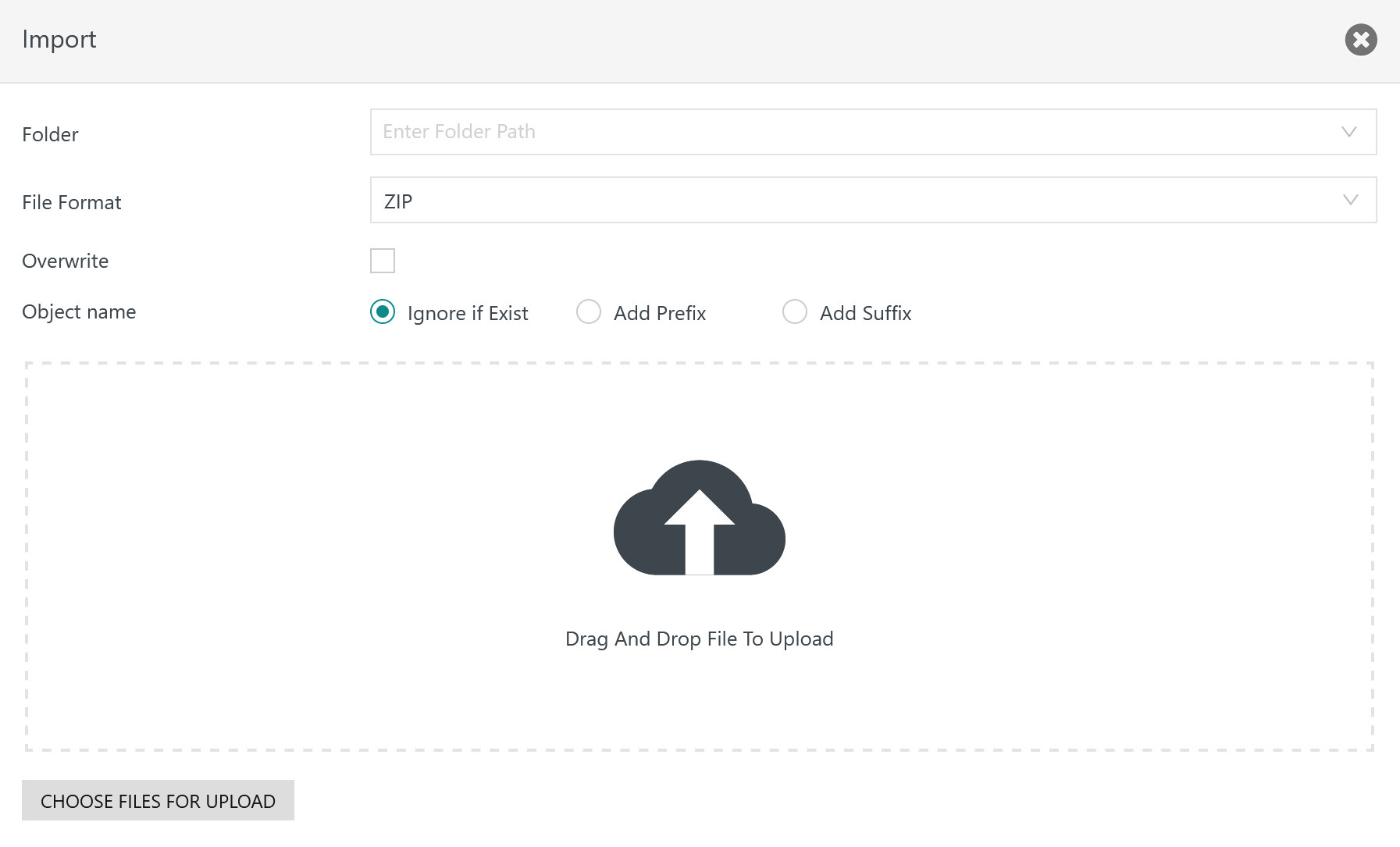 The Drag & Drop zone and the Choose Files for Upload button can be used to import scheduling objects from a file.

Note that any objects are given the not deployed and not released statuses respectively when imported.

Export/import is a valid strategy for performing rollout operations, for example from dev -> test -> prod environments.

At the same time, this requires some discipline about the nature of scheduling objects: are they local to a specific environment or have they been prepared for rollout across environments.

Export/import is used for deployment if JOC Cockpit is operated in a HIGH Security Level. This functionality includes exporting scheduling objects for digital signing on an external device and importing the signed objects. The usual deployment operation is performed after the import.