The workflow presented below implements the use case using the following instructions:

A Retry Block includes any number of jobs or instructions. If one of them fails then processing will be repeated from the beginning of the block. 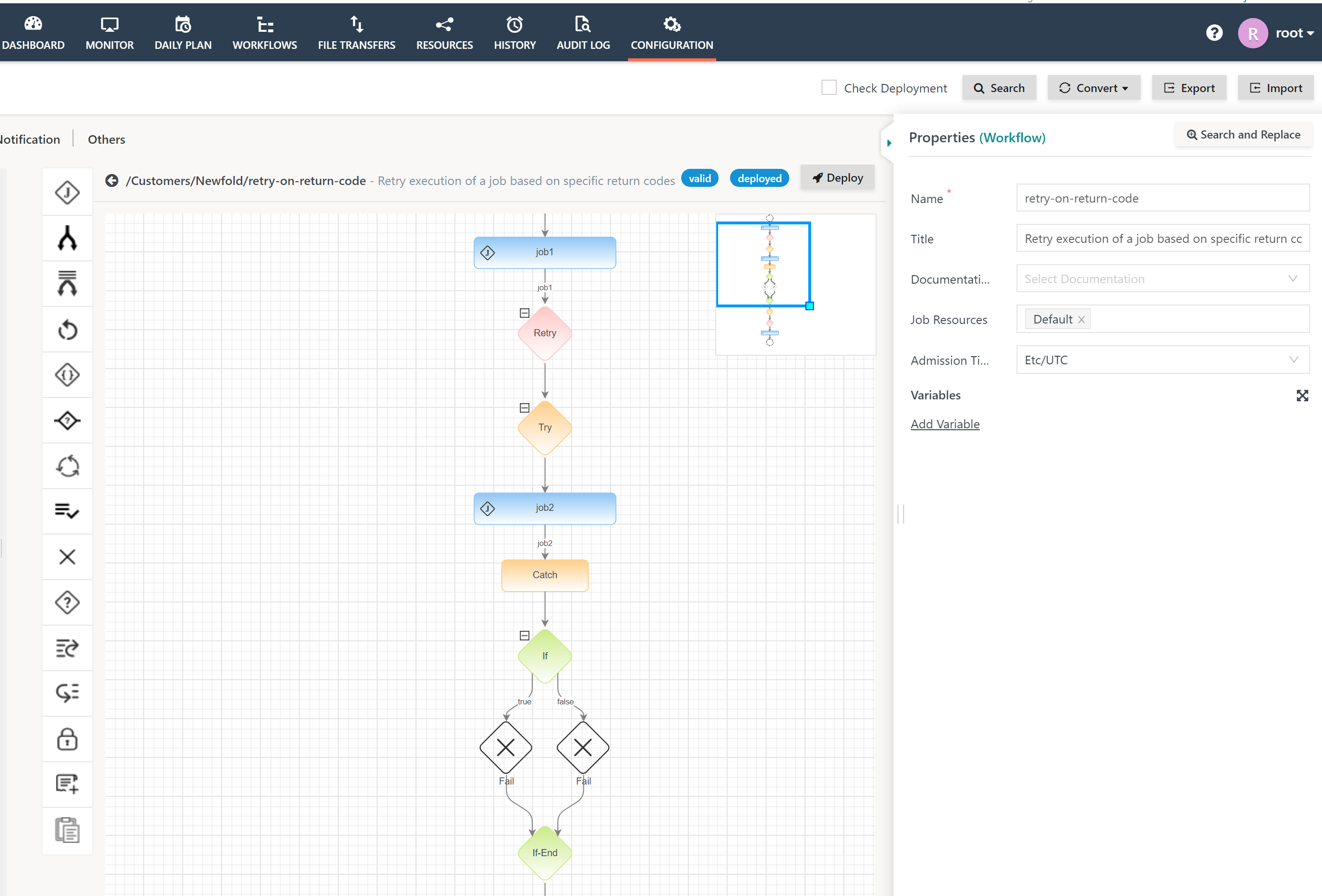 The Try Block inside a Try / Catch Instruction includes any number of jobs or instructions. If one of them fails then processing will be continued with the Catch Block. 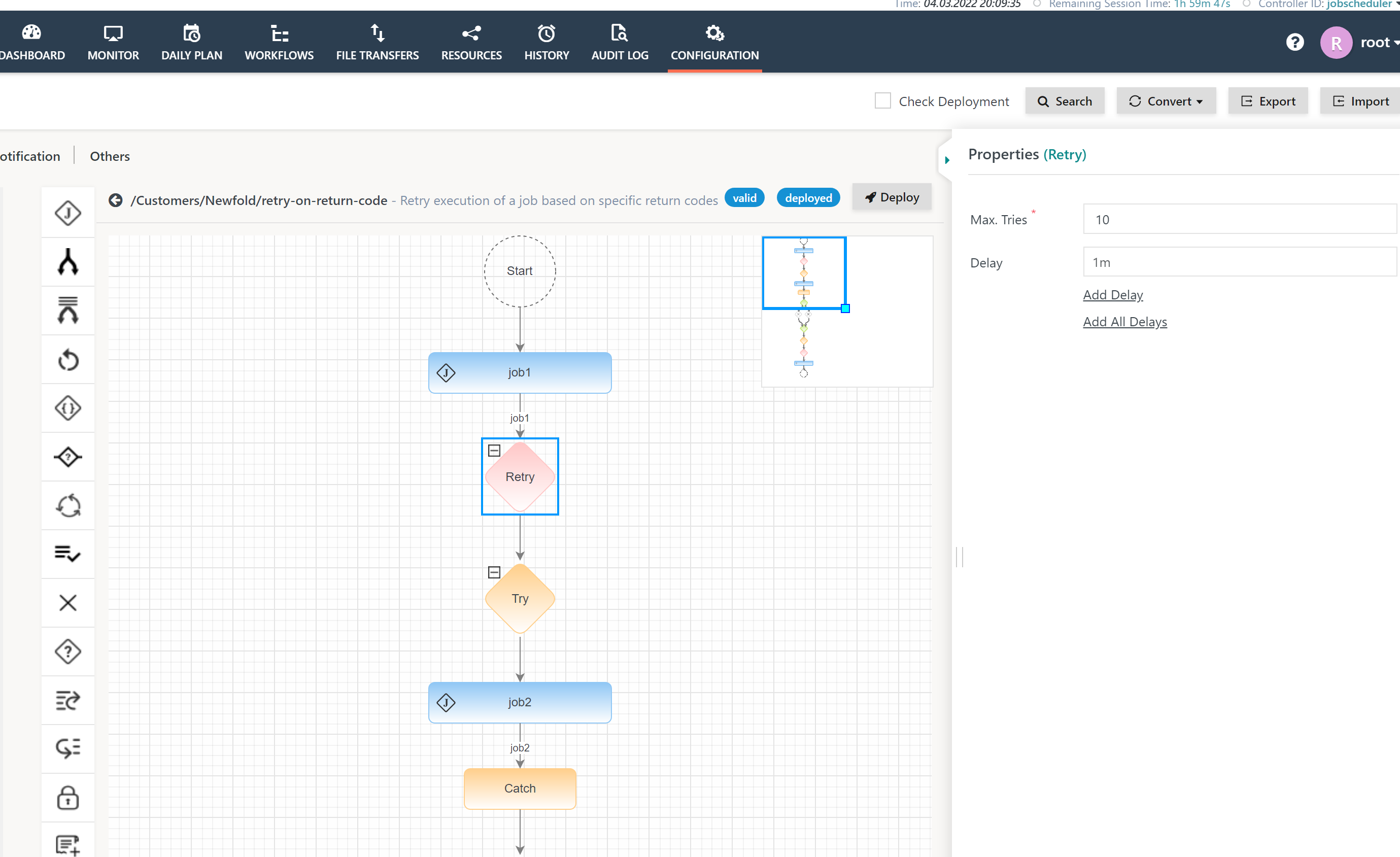 The Catch Block is executed in the event of failed instructions or jobs in a Try Block.

The solution makes use of an JS7 - If Instruction to apply different types of error handling depending on the return code reported by the failed job. 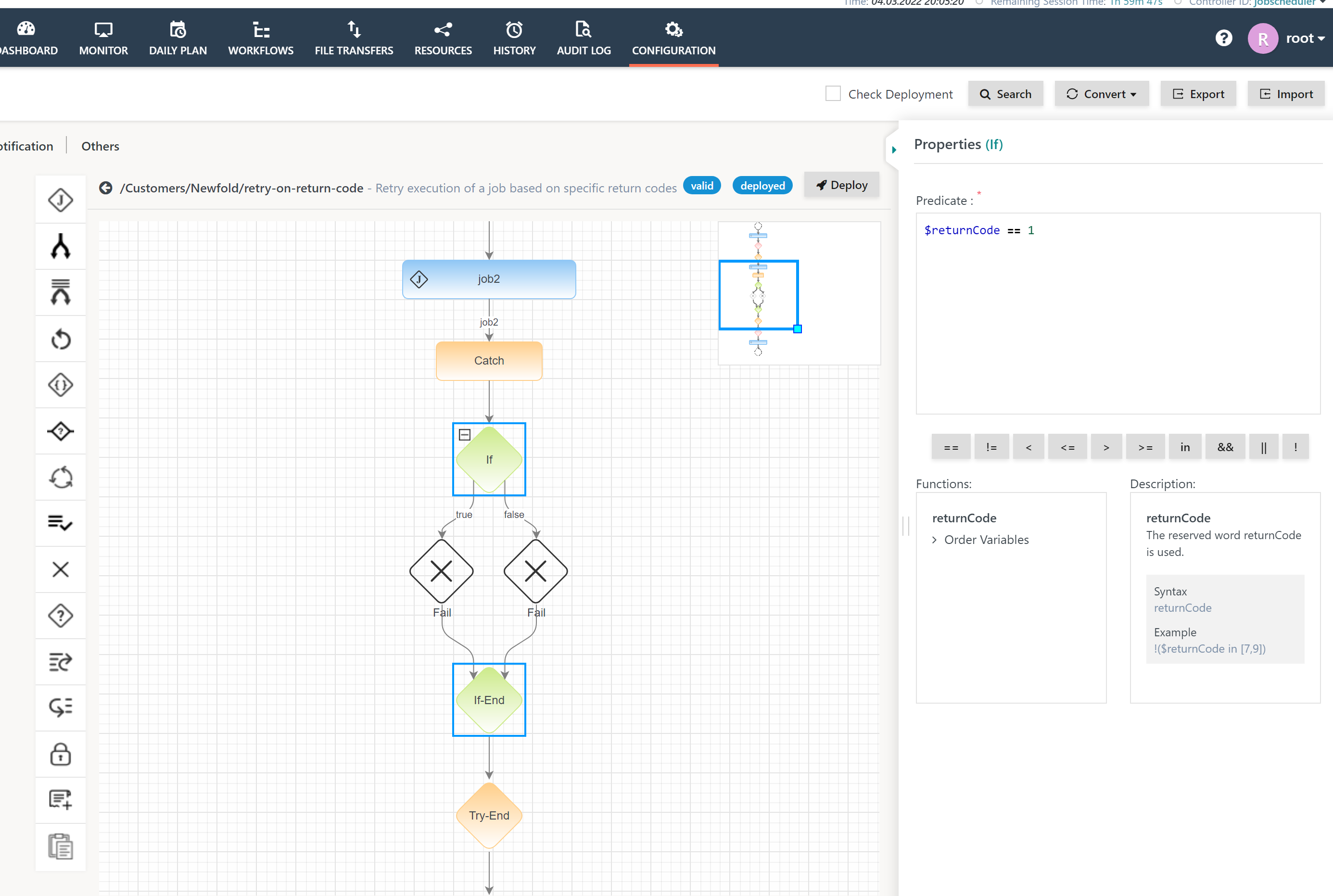 In this scenario the job is configured to consider any non-zero return code as signaling failure. This requires use of a Try / Catch Instruction to handle errors.

These implications might reflect what some users need. For an alternative solution that does not fail the offending job and that does not create notifications see the JS7 - How to retry a job in case of specific exit codes article.