When defining the job consider: 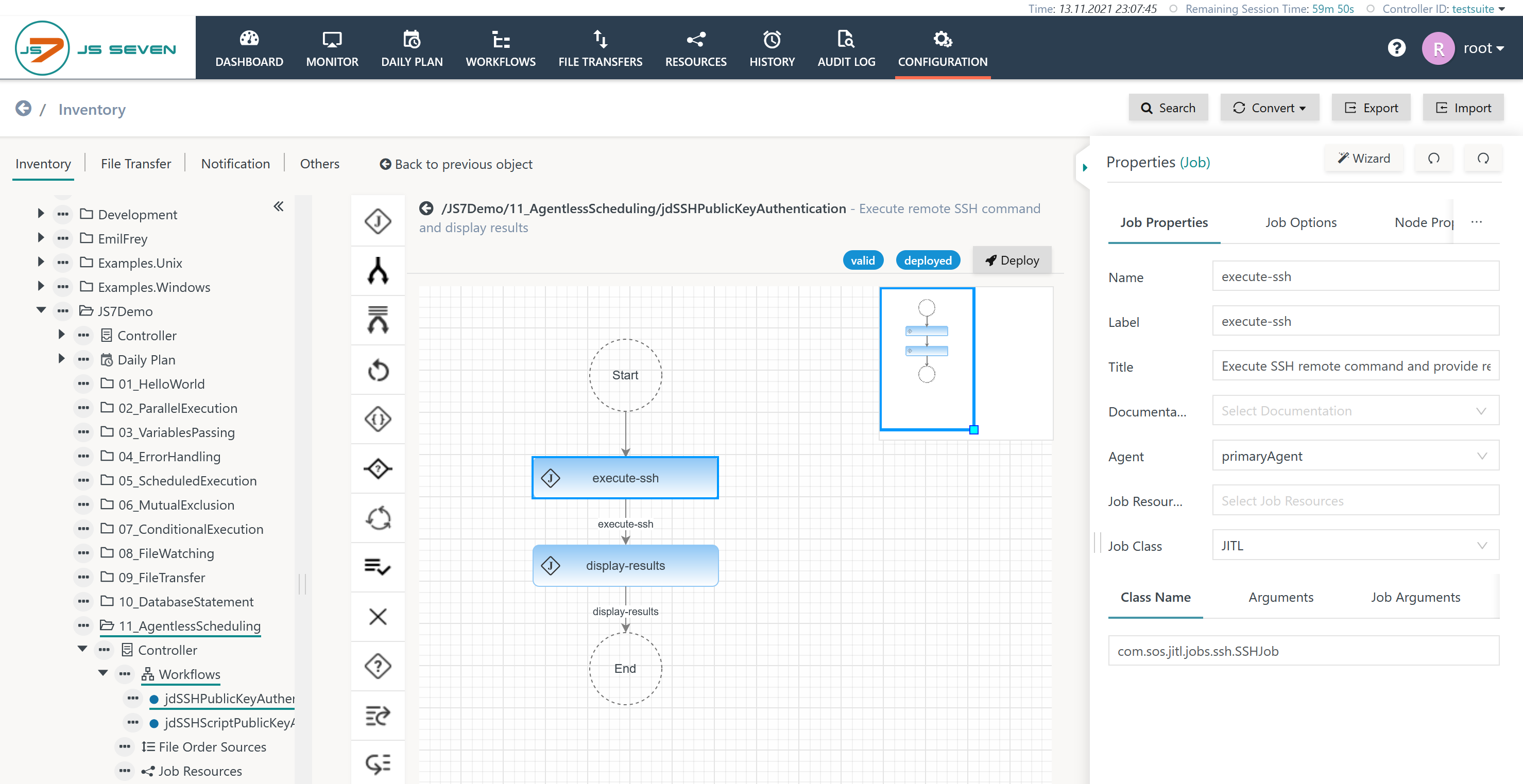 The Job Documentation including the full list of arguments can be found under: https://www.sos-berlin.com/doc/JS7-JITL/SSHJob.xml

The most commonly used arguments are listed in the table below.

The SSHJob can be used with a credential store to hold sensitive arguments. For use of the credential_store_* arguments see JS7 - Use of Credential Store with JITL Jobs.

The SSHJob has access to variables from the following sources:

The following operations are available: