JS7 ships with the JOC Cockpit, Controller and Agent components which can be operated on the following platforms: 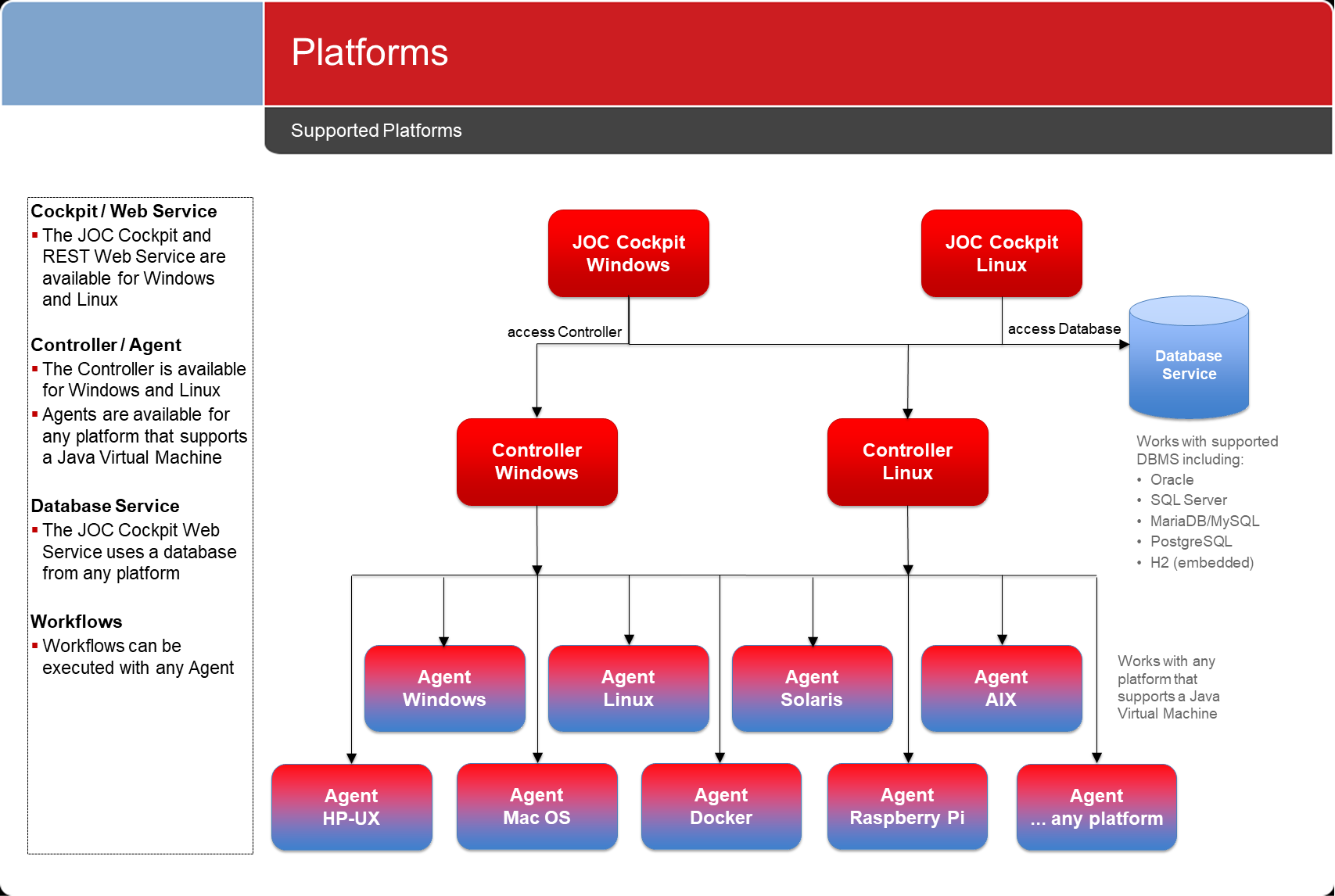