How to configure sequential execution of jobs in parallel

Consider the situation where files with different categories (i.e. files with similar characteristics such as type, source, or similar) can be processed in parallel but all the files of any one category have to be processed sequentially.

Our recommended approach for this situation would be:

The Solution in Detail

The following screenshot from the JobScheduler's JOE interface shows the nodes in the load_files job chain and their related states: 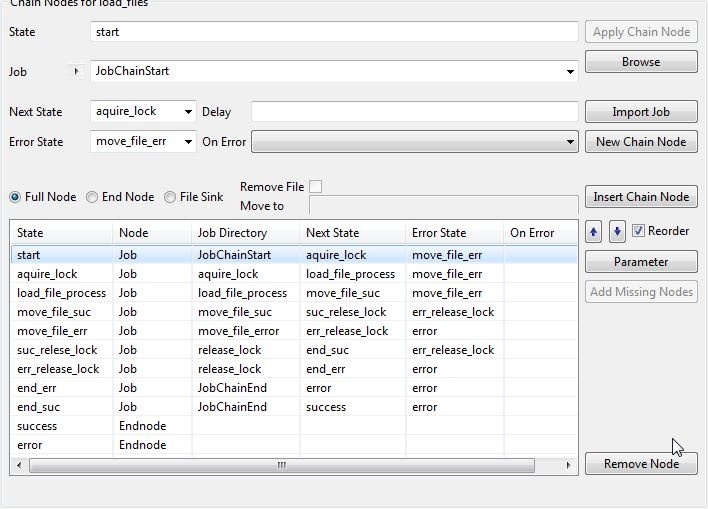 The release_lock job uses a similar Rhino JavaScript to the aquire_lock as can be seen in the following listing:

Limitations of this solution

A demonstration of this solution is available for download from:

How does the Demo Work?

The demo job chain ('load_files') is shown in the diagram to the right.