Use of Job Resources

JS7 - Job Resources are a means of carrying variables and making them available to jobs.

The Job Resource can be configured with the Arguments tab like this:

For the same Job Resource switch to the tab Environment Variables to complete the configuration like this:

Then deploy the above Job Resource. 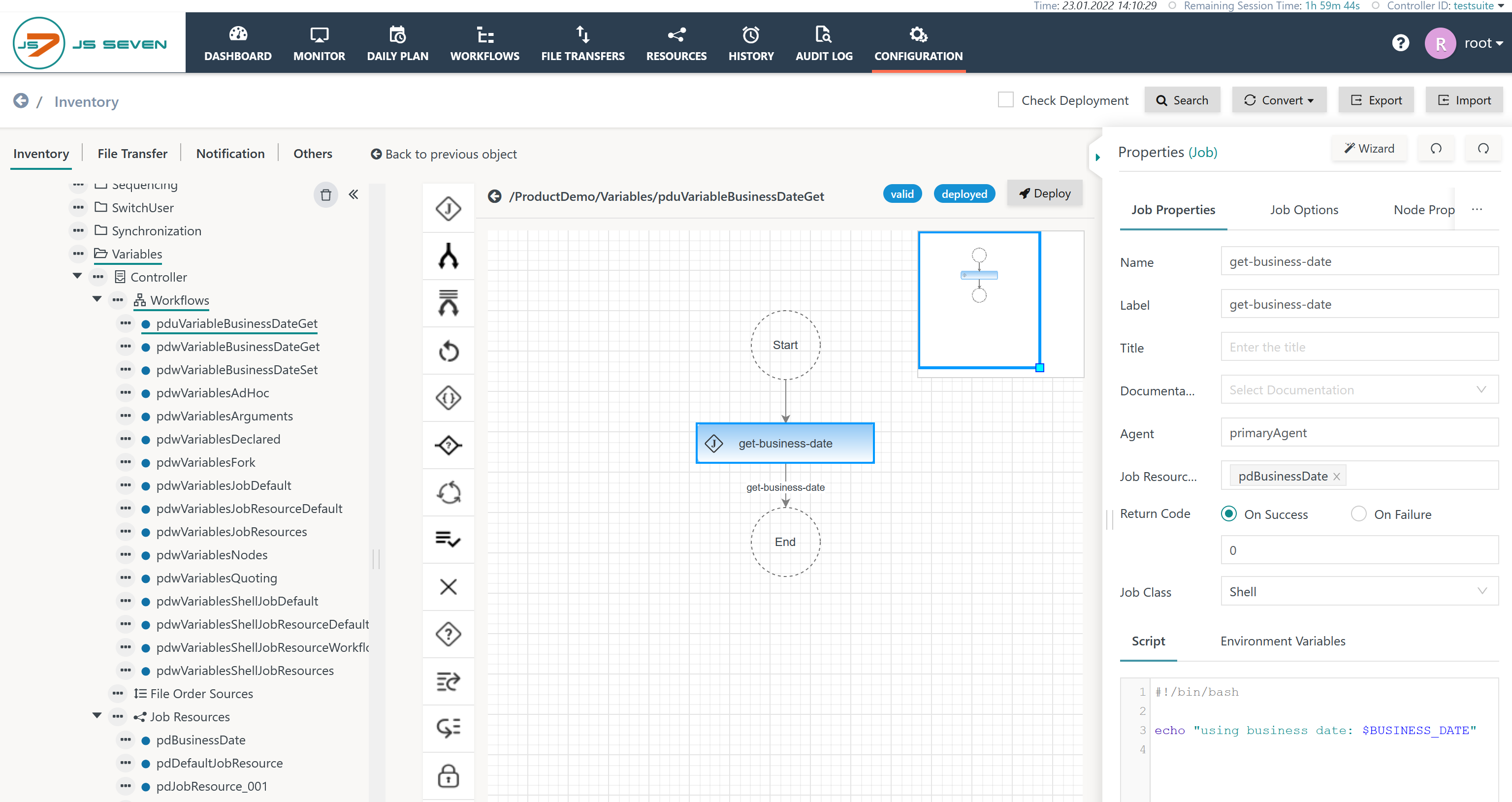 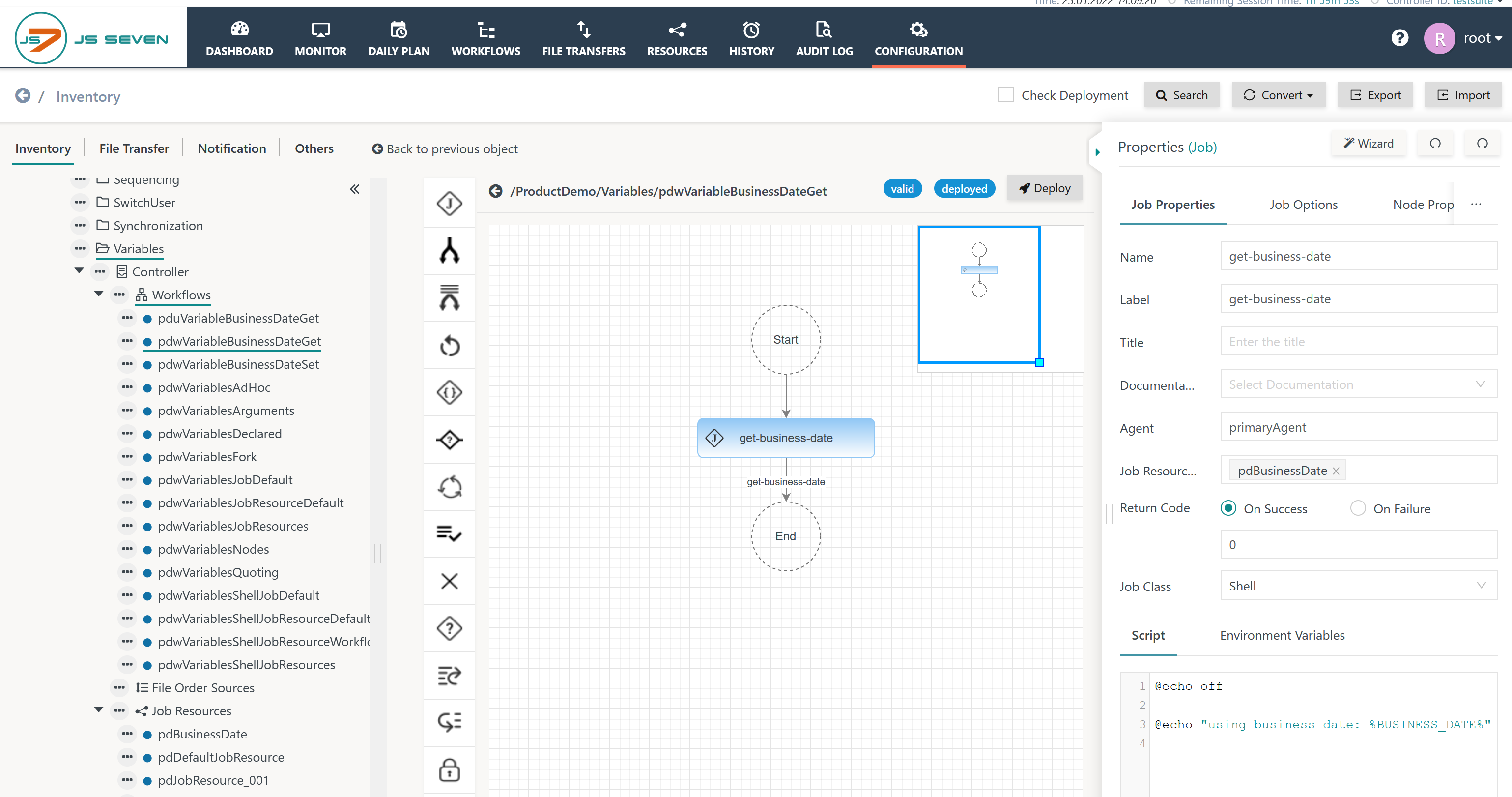 The final task includes updating the business date at a regular basis. This is achieved by use of the JS7 - REST Web Service API.

The proposed approach is to update the value of the global businessDate variable by a job.

The job example for updating a business date uses a PowerShell job script and the JS7 - PowerShell Module. 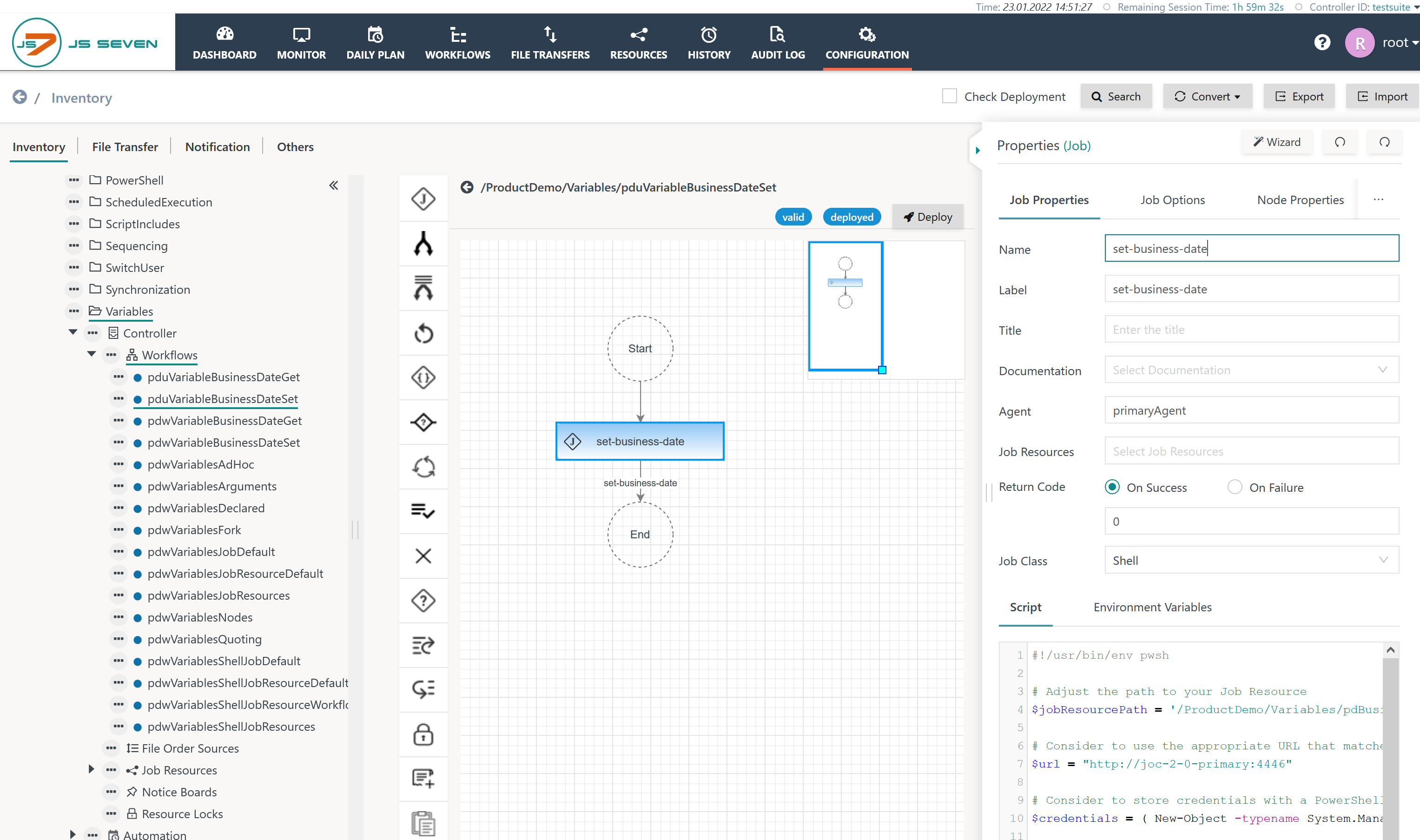 The job performs the following operations:

The job includes the same PowerShell script code and performs the same operations as the Unix job example described above.

The only difference with the Windows job is the use of a shebang which is specific for this OS. 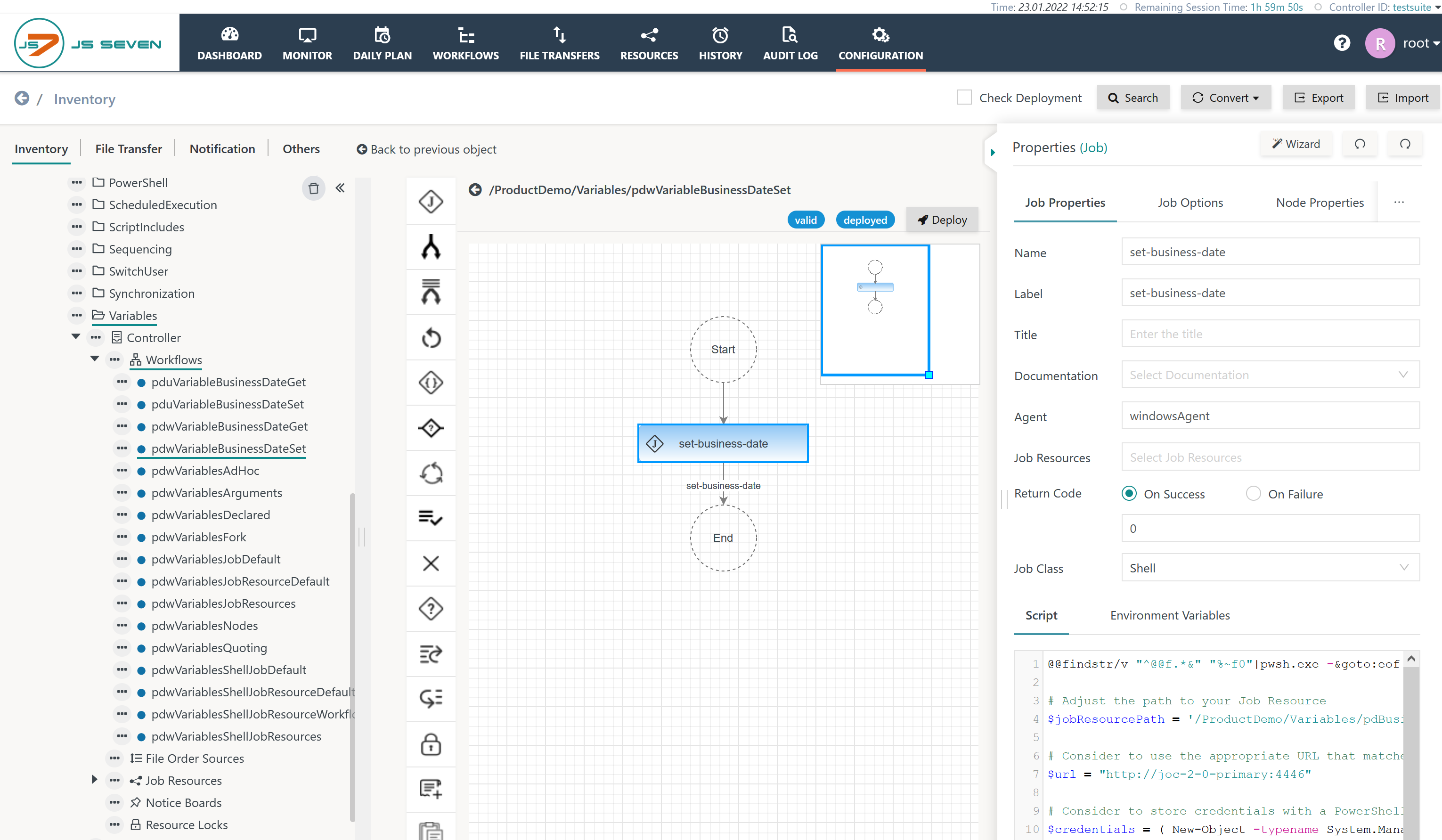 Users can create JS7 - Schedules which generate orders that are executed at a given point in time. These can be used to automate the execution of the JS7 workflow and update the business date. 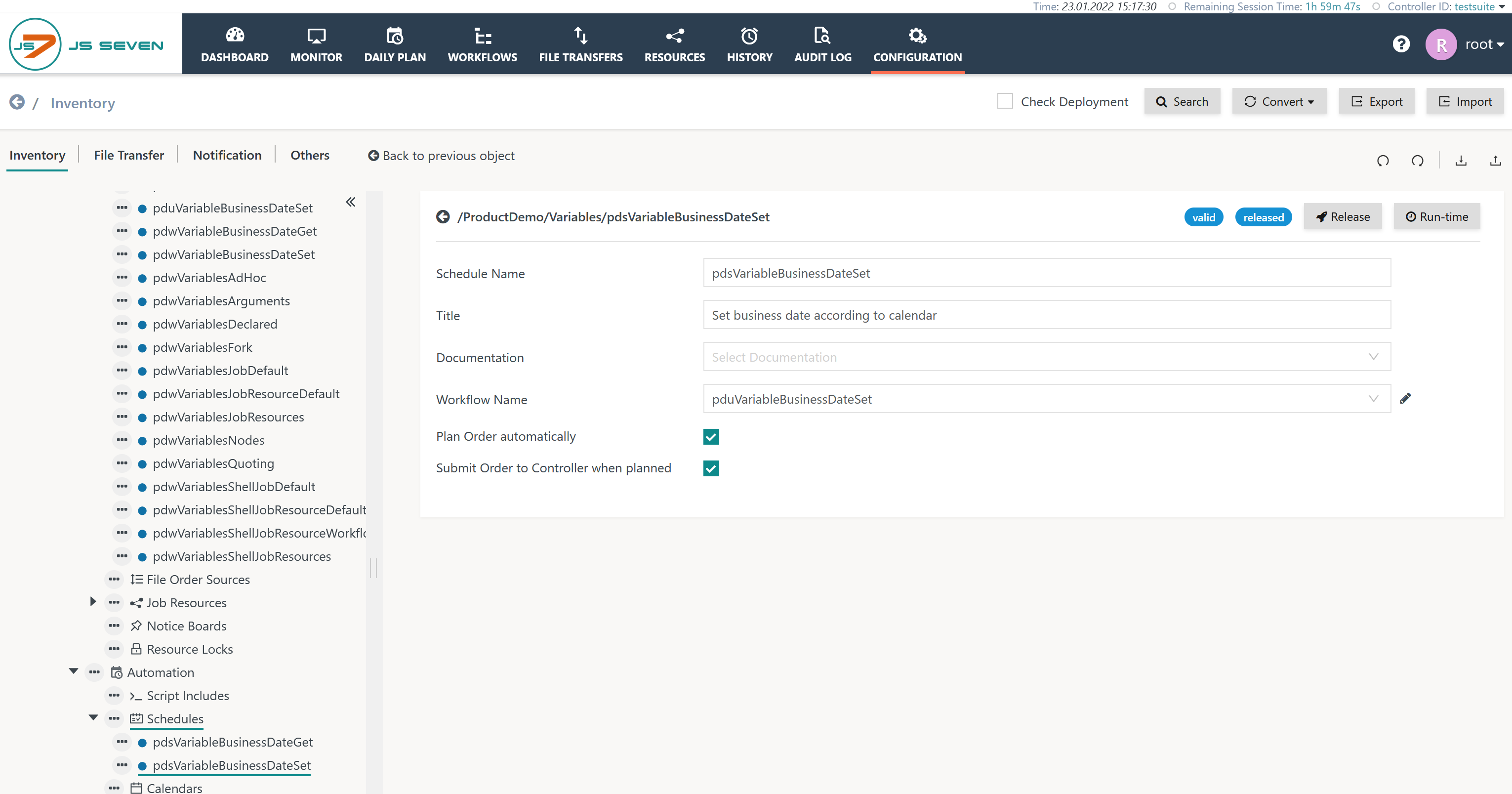 To specify the point in time at which the workflow is executed, a run-time setting is added to the schedule like this: 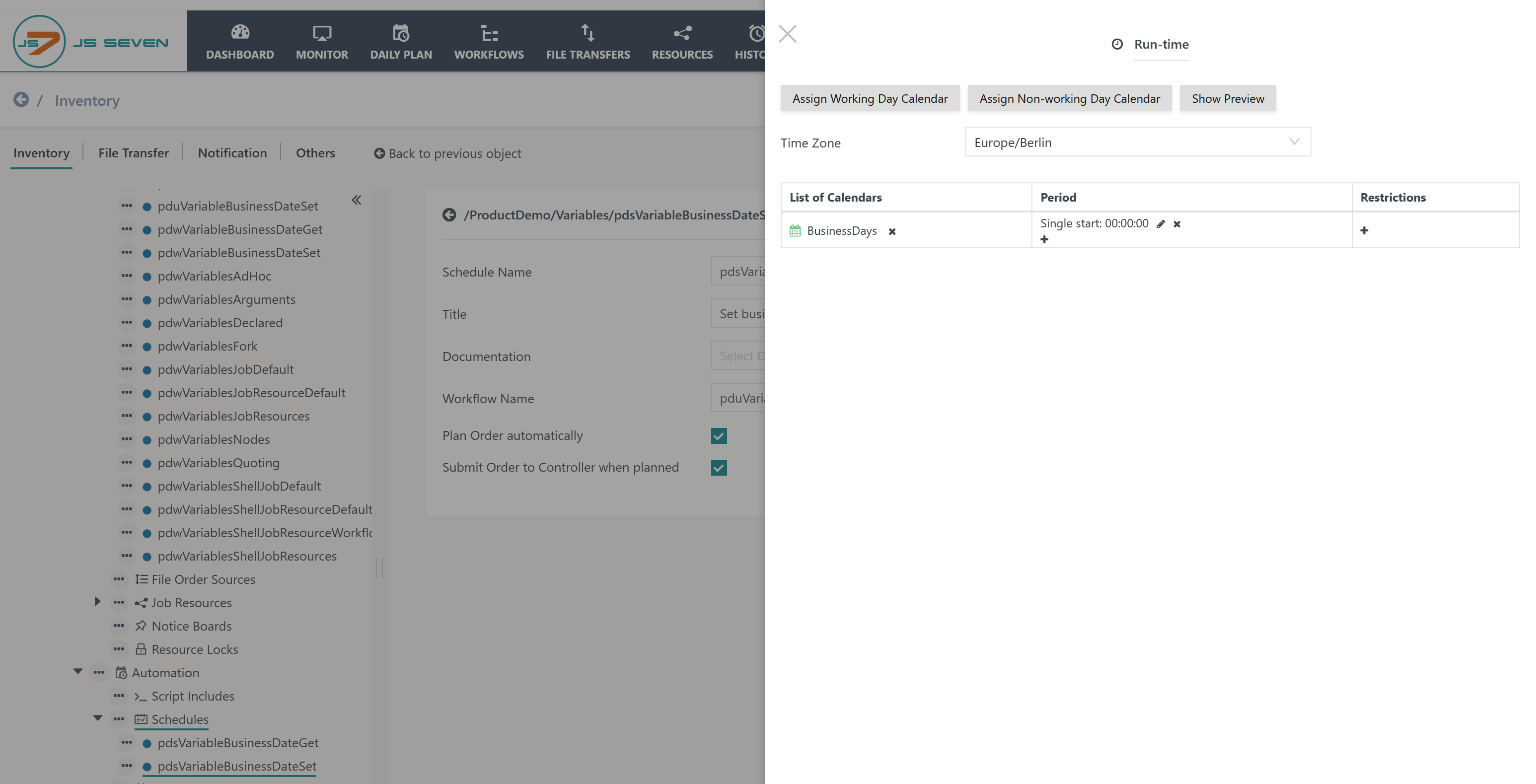