JobScheduler allows resources to be switched from one node to another as required by a cluster load balancer without interrupting the scheduling processes. This article describes the necessary configuration.

A typical application cluster would have a number of nodes (Node-1, Node-2, Node-3, etc.) and a number of resources (denoted by drive names E:, F:, G:, etc. on Windows systems) as shown in the diagrams below.
In the situation shown in the first diagram, the JobScheduler on Node 1 is processing objects on three resources. 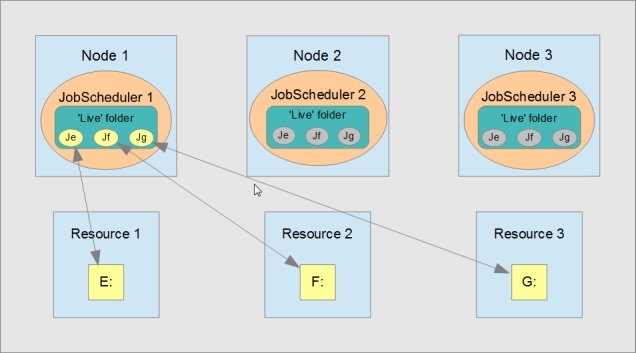 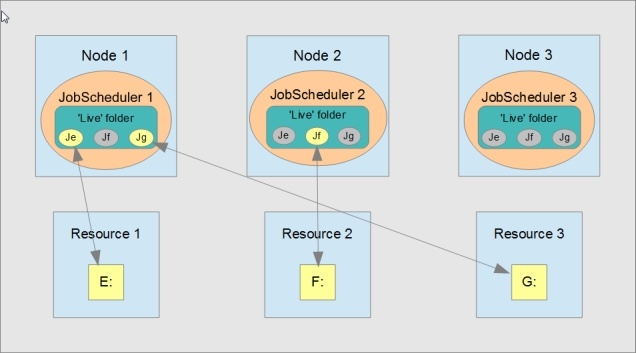 This continuous job scheduling is made possible by two JobScheduler features: