LDAP authentication for the JOC Cockpit is provided by the JS7 - LDAP Identity Service and relies on a connection between the JS7 - REST Web Service API and the LDAP Server.

This article describes the configuration of STARTTLS for use with the JS7 REST Web Service API and and a certificate truststore, as well as providing an example for use with LDAPS.

STARTTLS is an extension to the LDAP protocol that uses the TLS protocol to encrypt communication. It works by establishing a normal - i.e. unsecured - connection with the LDAP server before a handshake negotiation between the server and the web service is carried out. Here, the server sends its certificate to prove its identity before the secure connection is established. If negotiation for a secure connection is unsuccessful then a standard LDAP connection may be opened as a fallback. Whether or not this occurs depends on the LDAP Server and its configuration.

LDAPS is the non-standardized "LDAP over SSL" protocol that in contrast with STARTTLS only allows communication over a secure port such as 636. It establishes the secure connection before there is any communication with the LDAP Server. However, as LDAPS is not part of the LDAP standard, there is no guarantee that LDAPS client libraries actually verify the host name against the Common Name provided with the LDAP Server certificate. See https://shibboleth.net/community/advisories/secadv_20120227.txt for details.

Configuration for LDAP over TLS

The following settings are available when managing the LDAP Identity Service: 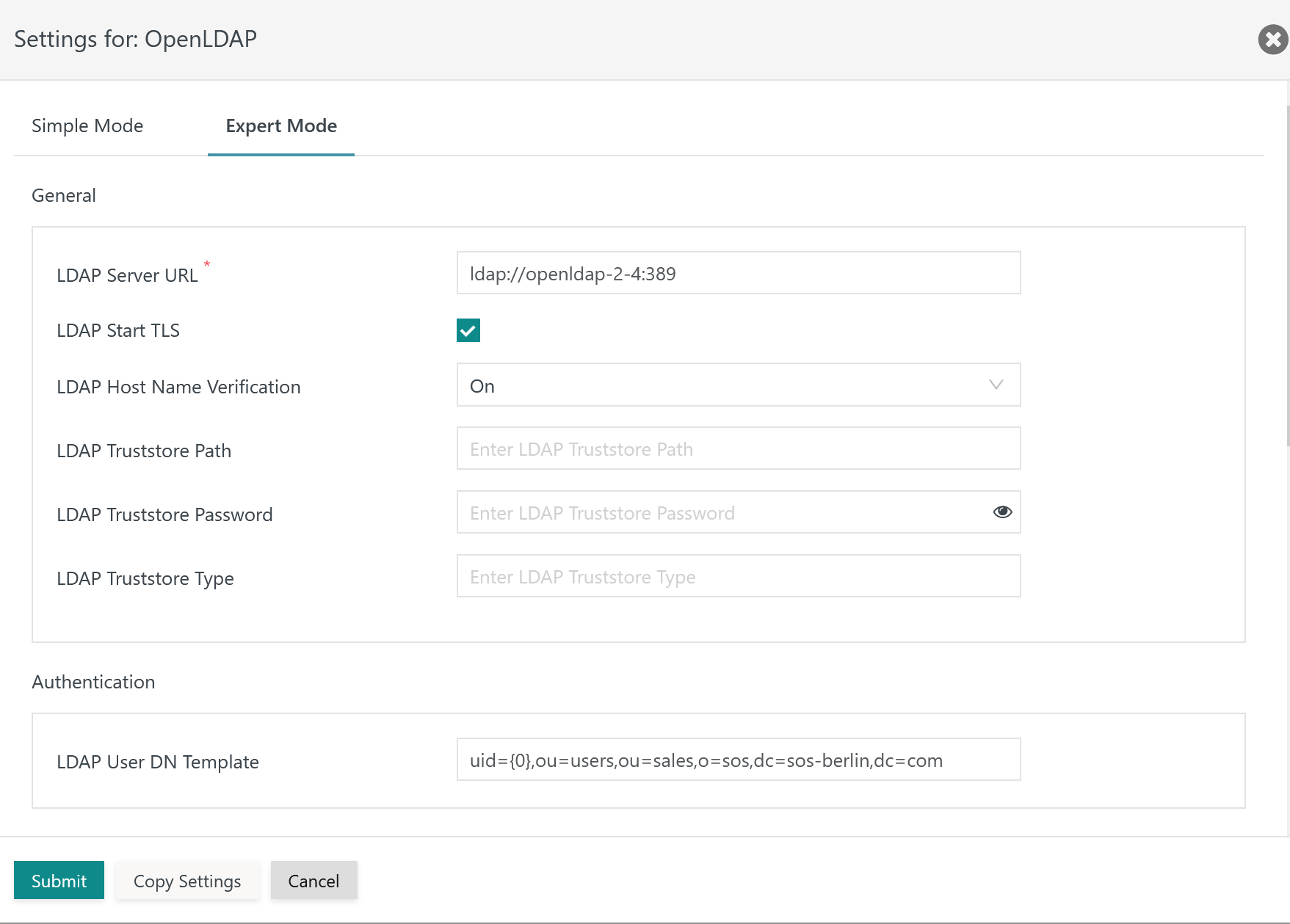 Configuration for LDAP over SSL

When managing the LDAP Identity Service the following settings are available: 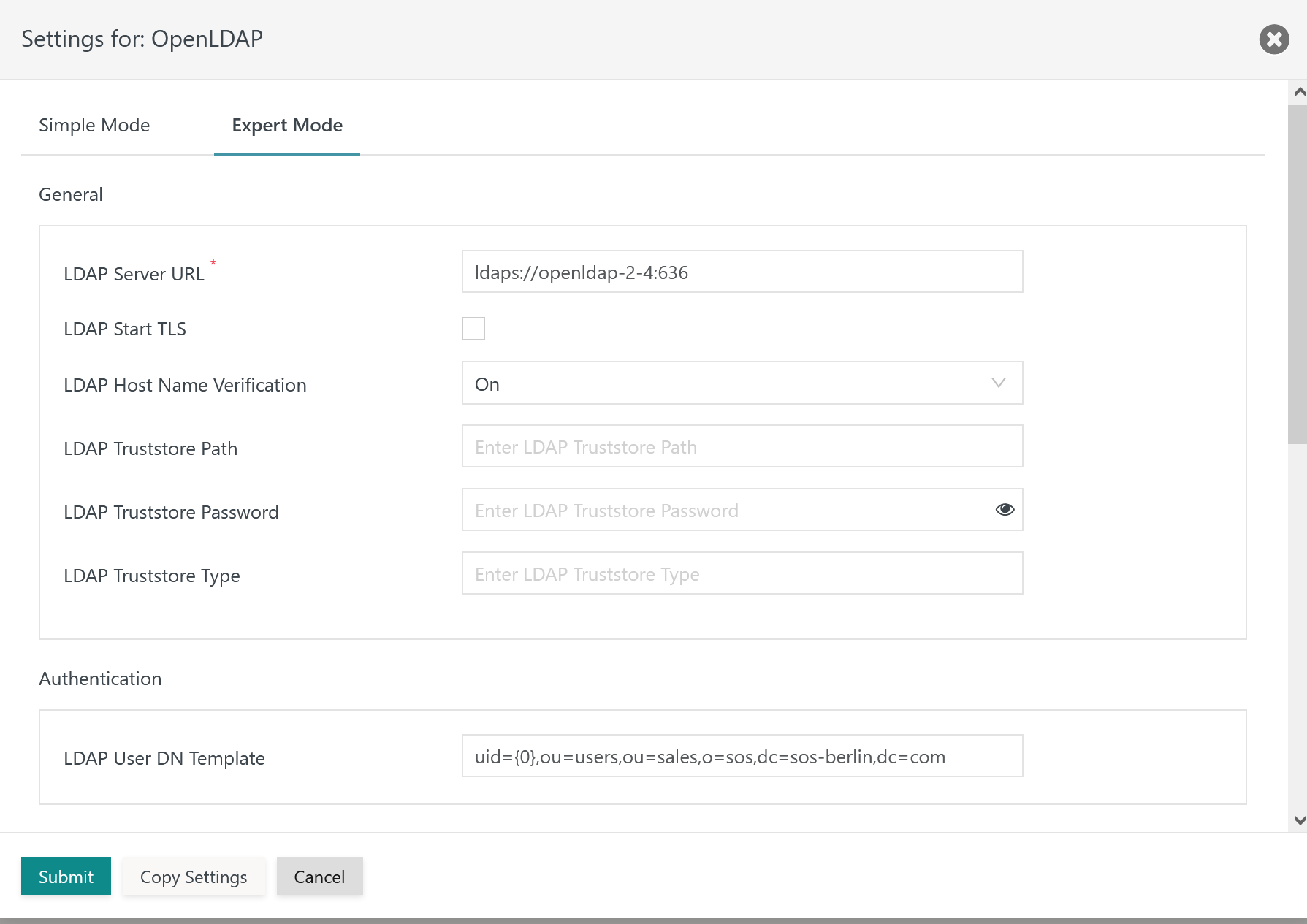 The certificates for use with both TLS and SSL protocols are distributed in a similar way.

Use with CA signed Certificates

Use with self-signed Certificates

The following steps are performed on the server that hosts the JOC Cockpit.

In the following the JETTY_BASE placeholder is used:

Example how to import Certificates

The following examples imply use of the Java keytool utility, however, other tools might be applicable such as the OpenSSL CLI, Keystore Explorer etc.

Example how to configure the JOC Cockpit Truststore