What is the History Viewer?

The History Viewer is installed on the server alongside the JobScheduler providing the Background Service. It accesses the Background Service database tables containing the file transfer history information and presents this information in a table in the History Viewer interface. This interface comes with a range of filters that can be used to restrict the information being shown to, for example, transfers from a particular source or with a particular status or transfers that have taken place within a given time period or were carried out for a particular mandator.

Intended for use by support personnel, amongst others, the viewer has been localized for four languages, German, British and US English, and Spanish.

The History Viewer is designed to meet the following use cases:

The history viewer currently shows information drawn from the file transfer history. If a file transfer operation does not start because, for example, a connection to the source server could not be made or because no files were found in the source directory, then file transfer information will not be recorded in the history and will therefore not be available for the History Viewer.

A typical file transfer view is shown in the next screen shot:

Configuration of the History Viewer interface has been designed to be intuitive as can be seen in the following screenshots:

Results can be filtered as shown in the following screenshot using the Filter / filter... menu item. 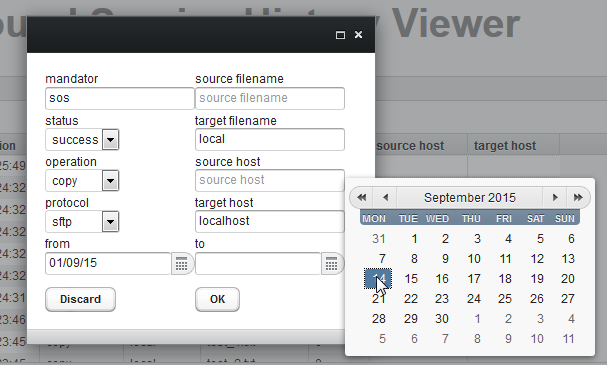 The Preferences View details menu allows individual items of information in the detailed view to be switched on and off: 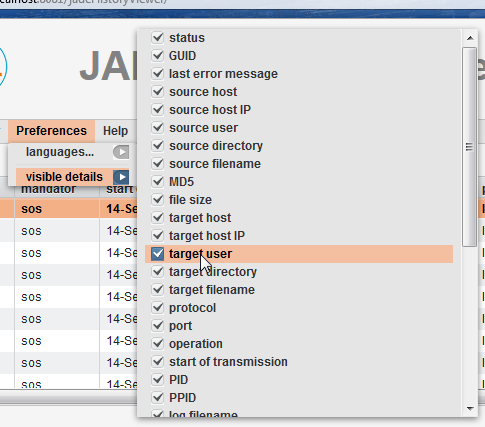