This video explains the installation of JOC Cockpit for Docker® containers.

After pulling the JOC Cockpit image you can run the container with a number of options such as:

The database connection is configured before initial start of the JOC Cockpit container.

The following chapters can be skipped when using the H2® embedded database to evaluate JS7. Here it is sufficient to have the Hibernate configuration ready as this database runs in pre-configured mode inside the container.

In a second step the database connection has to be specified from a Hibernate configuration file:

During installation JOC Cockpit can be configured

Users can force creation of database objects by executing the following script inside the container::

When mounting a volume for log files as explained above you should have access to the files indicated with the JS7 - Log Files and Locations article.

For initial operation, the JOC Cockpit is used to make Controller instances and Agent instances known to your job scheduling environment.

General information about initial operation can be found in the following article:

Additional information about initial operation with containers can be found below.

Accessing JOC Cockpit from your Browser 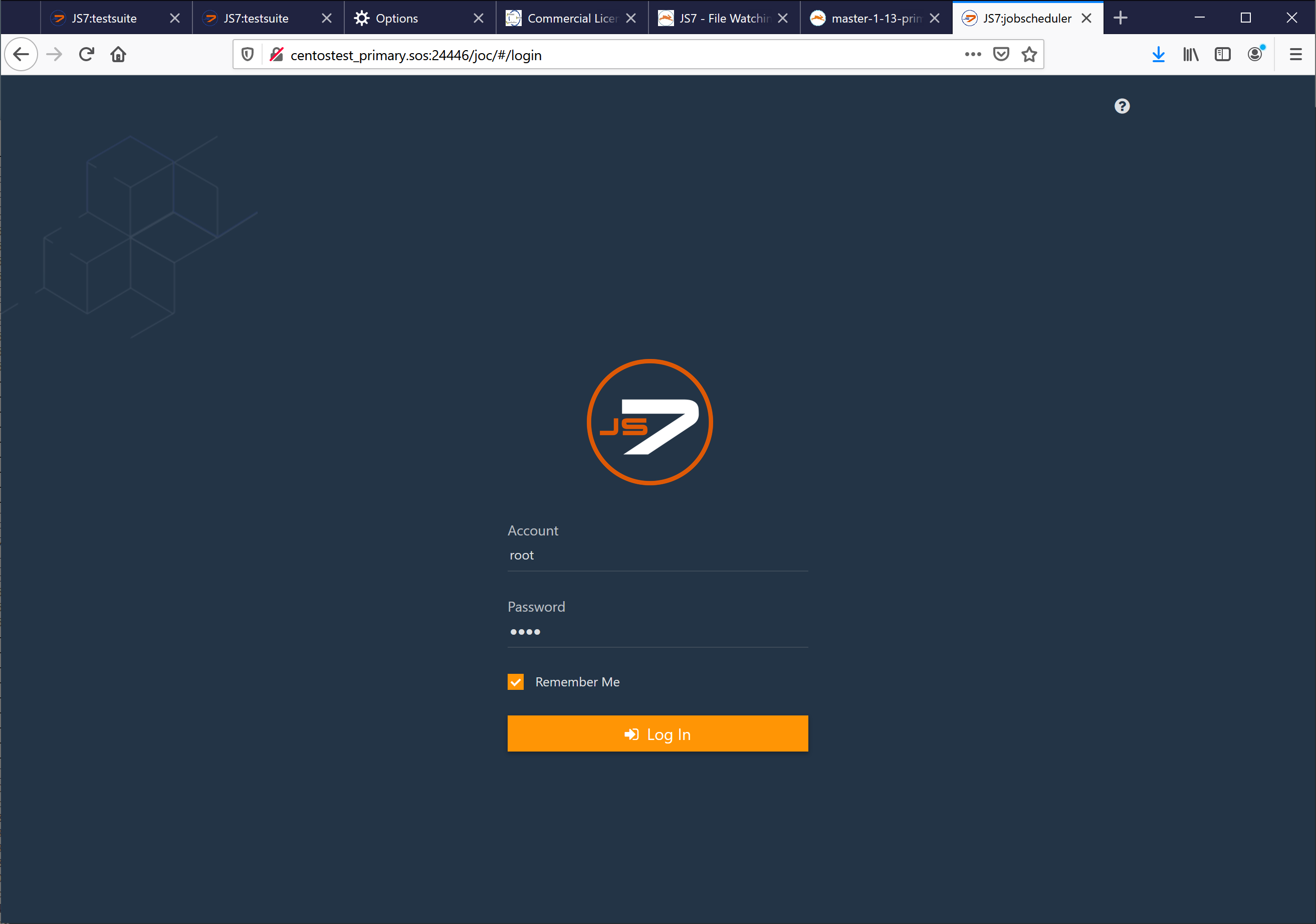 After login a dialog window pops up that asks for the registration of a Controller. You will find the same dialog later on in the User -> Manage Controllers/Agents menu.

This registration dialog allows a Standalone Controller or a Controller Cluster to be specified.

Use of the Standalone Controller is within the scope of the JS7 open source license. 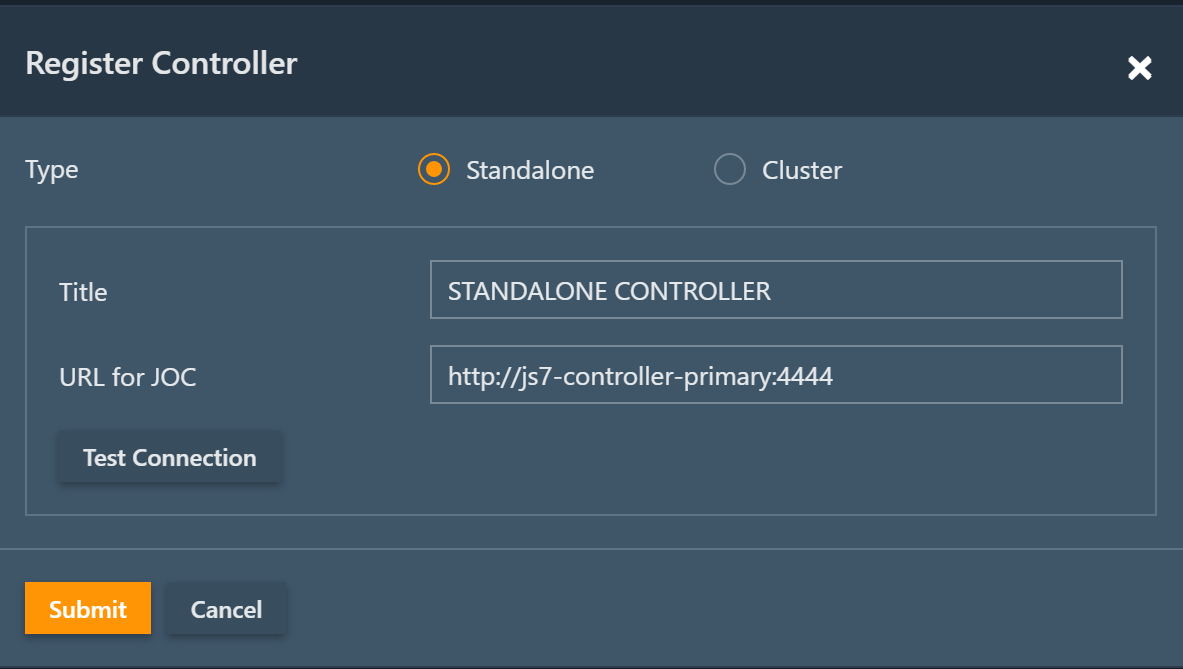 A Controller cluster implements high availability for automated fail-over if a Controller instance is terminated or becomes unavailable.

Note that the high availability clustering feature is subject to JS7 - License. Without a license, fail-over/switch-over will not take place between Controller cluster members. 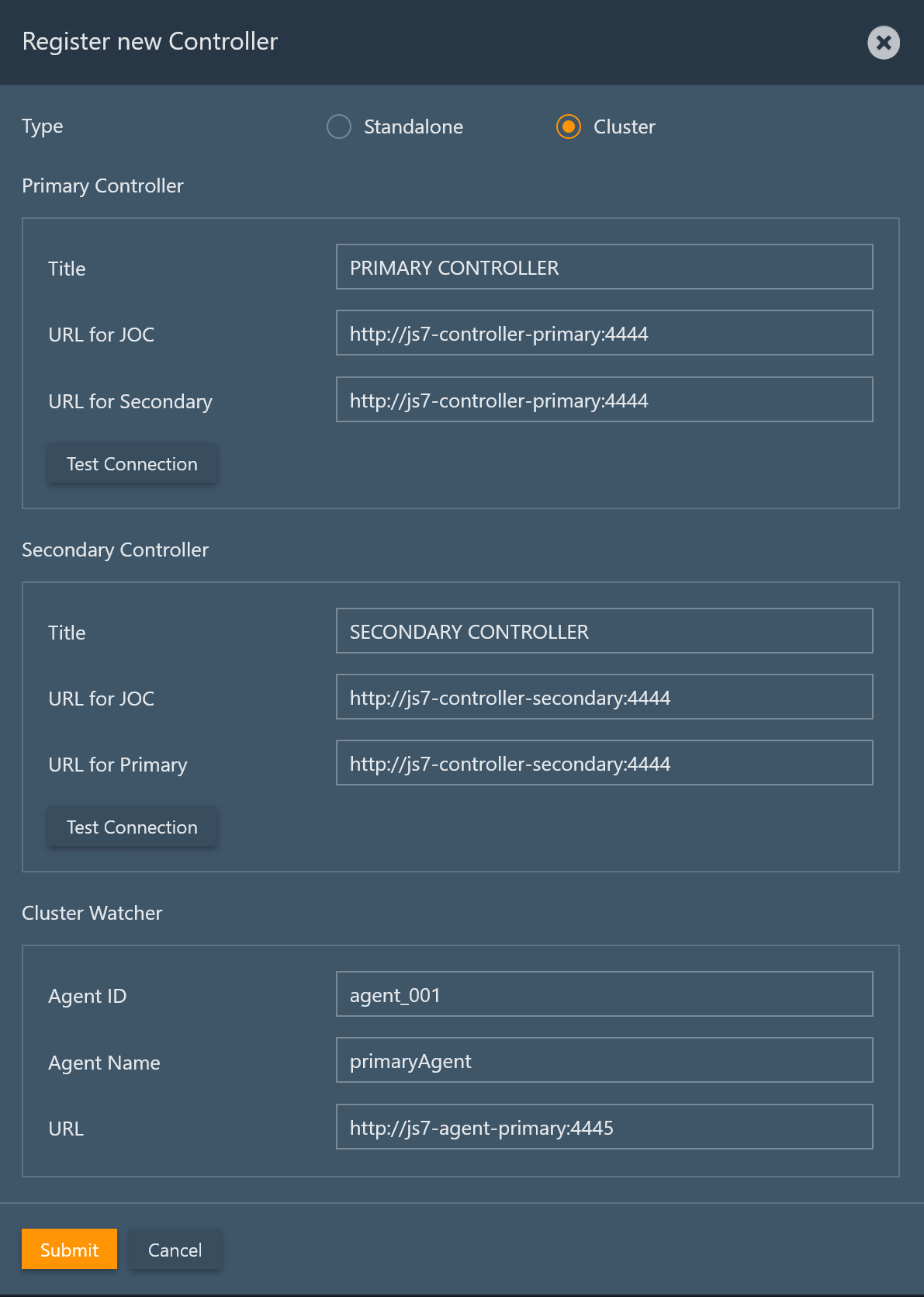 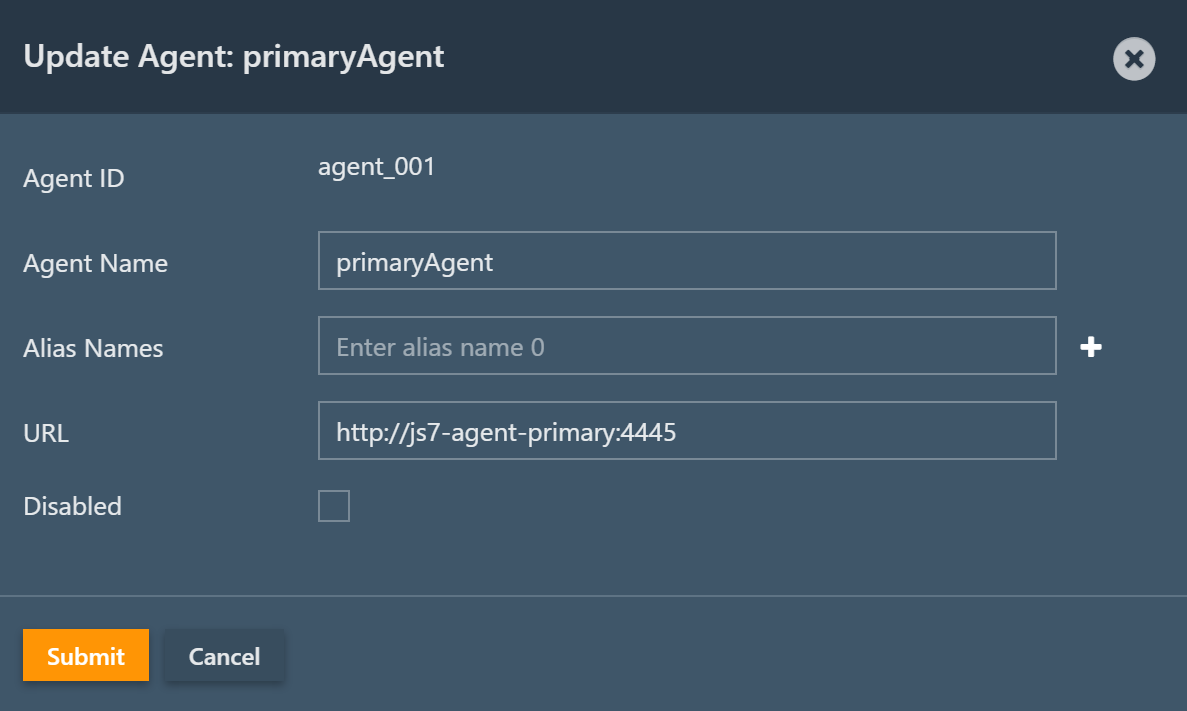 Note that it is not necessary to configure the JOC Cockpit - it runs out-of-the-box. The default configuration specifies that:

Users who intend to operate a compliant and secure job scheduling environment or who wish to operate JOC Cockpit as a cluster for high availability are recommended the JS7 - JOC Cockpit Configuration for Docker Containers article series.

User who wish to create their own individual images of the JOC Cockpit can find instructions in the JS7 - JOC Cockpit Build for Docker Image article.